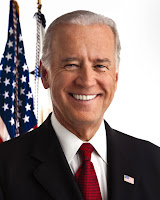 The least relevant voice in an out-going administration calls the future "Building on Success" of the Obama foreign policy:


The next administration will take the reins of American foreign policy in a world that is more complex than at any point in our modern history, including the twilight of the Cold War and the years that followed the 9/11 attacks. But it is also the case that despite the proliferation of threats and challenges—some old, some new—by almost any measure, we are stronger and more secure today than when President Barack Obama and I took office in January 2009. Because of our investments at home and engagement overseas, the United States is primed to remain the world’s preeminent power for decades to come. In more than 40 years of public service, I have never been more optimistic about America’s future—if only we continue to lead.

I would like to think this is true, but I find myself more in agreement with former SecDef Robert Gates in his book Duty as set out in the WaPo


...[F]ormer defense secretary Robert Gates, in his memoir “Duty,” lashed out at Vice President Biden as being “wrong on nearly every major foreign policy and national security issue over the past four decades.”


But, you know, read the Biden piece and decide for yourself.