A look at such crimes for 2016 from the excellent ICC Commercial Crimes Services International Maritime Bureau's Live Piracy Map: 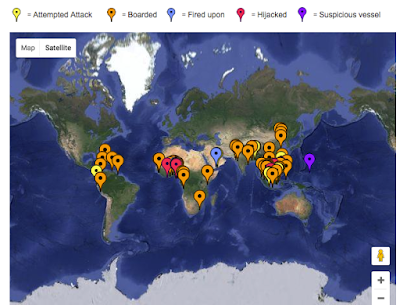 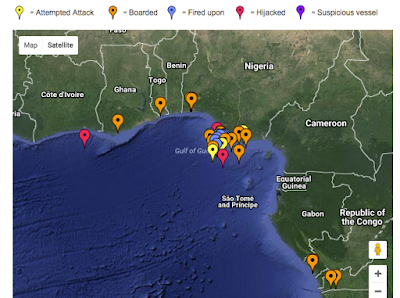 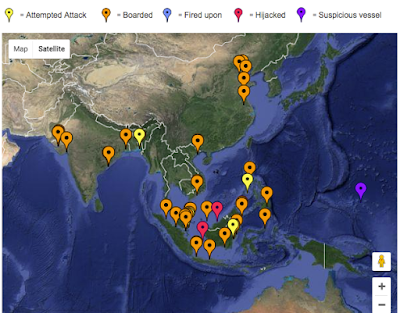 The good news is that the IMB reports Sea piracy drops to 21-year low:


Piracy and armed robbery at sea has fallen to its lowest levels since 1995, despite a surge in kidnappings off West Africa, according to a new report from the International Chamber of Commerce's International Maritime Bureau (IMB).

"But ships need to stay vigilant, maintain security and report all attacks, as the threat of piracy remains, particularly off Somalia and in the Gulf of Guinea," he said.
***
Despite global improvements, kidnappings are on the rise, with 44 crew captured for ransom in 2016, 24 of them in Nigeria, up from 10 in the first half of 2015.

Kidnapping off the Philippines is on-going, too, as a means of funding self-identified ISIS affiliate Abu Sayyaf.