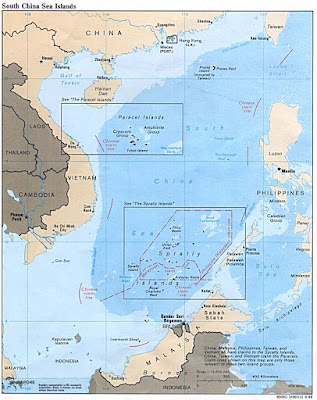 If you are shocked by this, you haven't been paying attention.


Vietnam has discreetly fortified several of its islands in the disputed South China Sea with new mobile rocket launchers capable of striking China's runways and military installations across the vital trade route, according to Western officials.

Diplomats and military officers told Reuters that intelligence shows Hanoi has shipped the launchers from the Vietnamese mainland into position on five bases in the Spratly islands in recent months, a move likely to raise tensions with Beijing.

Nature and threatened states will move to fill a vacuum. I guess Vietnam lacks confidence that the recent arbitration ruling concerning the SCS has any kind of enforcement mechanism.

I expect China will counter with its own equipment escalation.