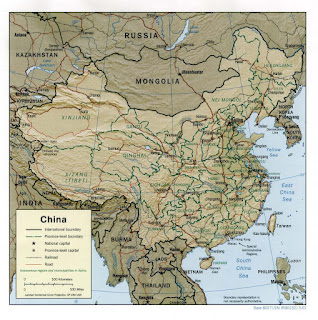 Here's your chance to see if you can play strategist - a "do-it-yourself" strategic analysis, if you will.

The question before you is, "What is the applicability, if any, of Sun Tzu's The Art of War to the events unfolding in the South China Sea?"

The link contained in the question will take you to a good translation of Sun Tzu's work.

Of some interest to you might be the following, but there may be others that you may find more interesting to discuss:

[2.08] ". . . I have heard of military campaigns that were clumsy but swift, but I have never seen military campaigns that were skilled but protracted. No nation has ever benefited from protracted warfare.
***
[03.02] Therefore, to achieve a hundred victories in a hundred battles is not the highest excellence; to subjugate the enemy's army without doing battle is the highest of excellence.

[05.15] They offer bait that which the enemy must take, manipulating the enemy to move while they wait in ambush.
***
[05.14] Therefore, those skilled in moving the enemy use formation that makes the enemy respond.

[05.15] They offer bait that which the enemy must take, manipulating the enemy to move while they wait in ambush.
***
[06.01] Generally the one who first occupies the battlefield awaiting the enemy is at ease; the one who comes later and rushes into battle is fatigued.

[06.02] Therefore those skilled warfare move the enemy, and are not moved by the enemy.

[06.03] Getting the enemy to approach on his own accord is a matter of showing him advantage; stopping him from approaching is a matter of showing him harm.
***
[06.12] Therefore, if we want to do battle, even if the enemy is protected by high walls and deep moats, he cannot but do battle, because we attack what he must rescue. If we do not want to do battle, even if we merely draw a line on the ground, he will not do battle, because we divert his movements.
***
[06.17] If the enemy prepares to defend many places, then his forces will be few in number.

[06.20] Therefore, if one knows the place of battle and the day of battle, he can march a thousand kilometers and do battle.


When strong, avoid them. If of high morale, depress them. Seem humble to fill them with conceit. If at ease, exhaust them. If united, separate them. Attack their weaknesses. Emerge to their surprise.

You might also consider how the development of anti-ship ballistic missiles (ASBM)("carrier killers") affects strategy. Are they like mine warfare? Along the lines of, "How many mines does it take to close a port? Answer: Perhaps none because the threat of a mined port may be enough to delay or deny its use." How much time, money and planning is required to counter the threat of ASBMs? Is that a strategic weakness?

Other possible questions: Alliances and allies? What about the strength of the Chinese economy in the region? What are the limitations of China's resources both in food and fuel? Who has greater issues with time and distance?

Just some things worth pondering. Have fun with it.