Saturday Is Old Radio Day: Adventure Ahead! "The Biscuit Eater" (1944) 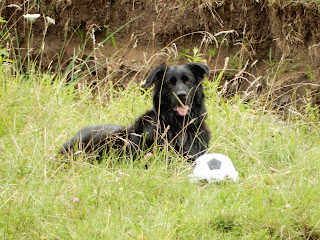 Honoring National Dog Day, here's a tale of a boy and his dog from the series Adventure Ahead!, which seems to have specialized in tales meant to inspire the youth of the day:


More on the series here:


Adventure Ahead! was a brilliant Summer feature for 1944. Comprised of fourteen stirring adventure novels and stories from among America's greatest fiction writers, its somewhat more masculine orientation may have kept some of the young females of the era listening to Frank Sinatra that summer instead of Adventure Ahead!.
***
That having been said, each of these literary choices did have a uniting theme--defending Freedom, domestically and abroad. To be fair to NBC's programmers, there were several jingoistic, over the top, almost fascist 'public service programs' geared toward every facet of the domestic population at one time or another during the World War II years and the Cold War Years that followed....