Iran's Fingers in the Many Middle East Puppets 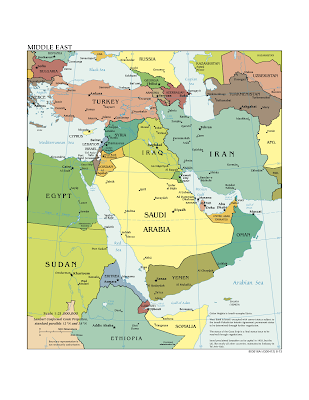 “One front of this army is in Syria, the other in Iraq, and another in Yemen,” he stated.

The first two are well known, though the claim about Yemen reflects the IRGC’s ultimate goal more than facts on the ground. The Houthis are known to be militarily and politically supported by the IRGC, though the Guard may not exercise full control over the Houthis. The IRGC’s objective is to use the Houthis as a foothold in the Arabian Peninsula, on Saudi Arabia’s southern border. The suspicion of the Houthis being a full Iranian proxy is precisely the reason the Saudis and allies have launched a war in Yemen.

The Houthis, however, are not IRGC proxies like the Fatemiyoun and Iraqi militias. Houthi leaders have publicly complained about IRGC claims of full support. A senior Houthi official in March lashed out at a senior IRGC commander who claimed that the Guard would support the Houthis anyway it could, criticizing Tehran for “exploiting” the Yemeni file.

The Houthis exercise some measure of independence, and do not presently appear to be inclined to serve as the IRGC’s proxy in a perpetual fight against Saudi Arabia, as noted by Yemen scholars.

What is clear is the IRGC’s strategy to exploit the war in Yemen, primarily to be a thorn in Saudi Arabia’s side. They want to perpetuate the perception that Houthis are full Iranian proxies to elicit harsher Saudi reactions. The IRGC hopes that the continuation of conflict will leave the Houthis no choice but to fight and fully embrace the IRGC in order to survive.

Good thing we have paid so much money to Iran to advance their peaceful intentions.

Sometime it seems we forget how relatively small an area we are dealing with in the Middle East. Here's a nice U.S. government map I liberated from here that might help put things in some perspective: 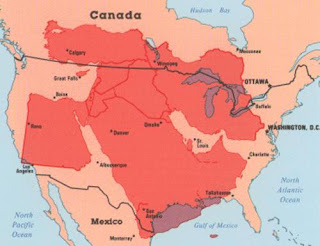