Fun with Iran: Iran's Single-Handed Battle with "Somali Pirates" goes on and on

While the rest of the world's merchant fleets have enjoyed a respite from Somali pirate attacks ("Sea piracy drops to 21-year low"), Iran's apparently "pirate magnet" merchant shipping continues to suffer - at least according to the fabulistic Iranian media - with reports like this from Iran's Mehr "News" Agency "Navy’s 44th fleet thwarts pirate attacks in Gulf of Aden":


TEHRAN, Oct. 17 (MNA) – Iran’s 44th naval fleet has foiled pirate attacks on two Iranian tankers during days of its presence in the open waters and the Gulf of Aden.
Early on Monday morning, pirates of Gulf of Aden, who mainly come from Somali coasts, sought to carry out a raid and highjack an Iranian merchant ship though they were forced to flee following a heavy exchange of fire by 44th Fleet of Army’s Navy.

On two more occasions, first with eight pirate speedboats at 46 miles to south of Aden and later with thirteen well-equipped boats at 55 miles to south of Yemen, pirates were about to launch an assault on another Iranian vessel but they were forced to retreat when they came under heavy fire from the 44th fleet of the Iranian navy.

Good golly, there are enough fabrications in those few paragraphs to sink the Iranian "logistical destroyers" without any assaults by hordes of pirate speedboats.

The "uncharted waters" of the northern Indian Ocean? Really? I guess the thousands of ships plying those waters must be lost and lucky to find there way from one port to another. Good thing they all have GPS to keep them informed of their location or they would have to wait for the Iranian's 44th Fleet (a two-ship "fleet?") to chart those water for them.

Why the Iranians bother with these bogus reports is quite the question, but they do provide some comic relief, so they've got that going for them.

By way of example, let's look at the nice maps provided by our friends at International Maritime Bureau's Live Piracy Map:

Hmm. Thanks to a number of naval forces and the continuing use of armed guards on merchant ships, there seems to be a remarkable lack of pirate action out there in the northern Indian Ocean, doesn't there?

And, as noted here several times, Iran's "fleet" consists of what most folks would call a "frigate" and a as its companion. 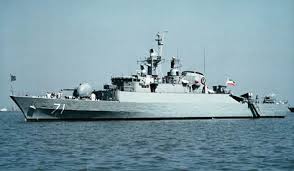 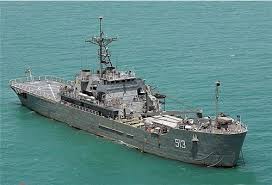 All of this must be meant for internal consumption, because no one else could fall for this nonsense.
Posted by Mark Tempest at 10/19/2016 10:34:00 AM