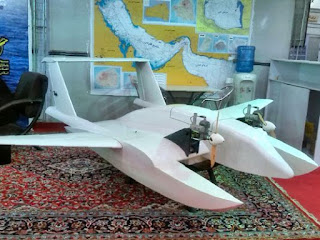 Iran's navy on Wednesday released a photo of what's being called a "suicide drone" that can be loaded with explosive materials and deliberately crashed into targets at sea and on land.

The announcement was carried by Iran's semi-official Tasnim news agency. While it said the drone "can carry payloads of explosives for combat missions" and collide with the target and destroy it, (whether) a vessel or an onshore command center" it also noted that the drone's primary purpose is for maritime surveillance.

It "has not been designed to be armed with missiles," Tasnim said.

The small, pilot-less aircraft can nevertheless fly for up to 4 hours and has a range of about 600 miles. It can fly as high as 3,000 feet and as low as 20 inches above the Earth's surface. Its camera can be used at night and in "damp sea conditions."

Oh, my goodness, not those "damp sea conditions." Wait, I thought that pretty much describes what "sea" is all about . . .

Lest you forget kamikaze planes and boats and regular anti-ship cruise missiles and anti-ship guns and stuff like that, you might recall the U.S.Navy's remotely piloted bombers used in WWII:

And, since 1903 or so, the U.S. Navy has been pretty much worried about things going after ships that go faster than 120 knots. 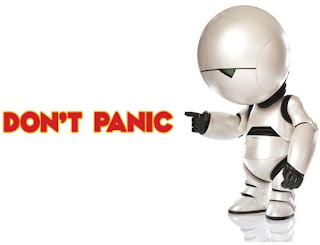