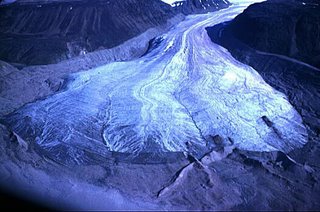 Most people who have facts to support their case are happy to engage is spirited debate. Al Gore either lacks the facts or the courage to debate environmental matters, as set out here:

But if we are to follow Mr. Gore's suggestions of radically changing our way of life, the costs are not trivial. If we slowly change our greenhouse gas emissions over the coming century, the U.N. actually estimates that we will live in a warmer but immensely richer world. However, the U.N. Climate Panel suggests that if we follow Al Gore's path down toward an environmentally obsessed society, it will have big consequences for the world, not least its poor. In the year 2100, Mr. Gore will have left the average person 30% poorer, and thus less able to handle many of the problems we will face, climate change or no climate change.

30% poorer? I guess that millionaire former senators and vice presidents won't feel the heat from that, but for those of us who have to try to get the left end and the right end to meet in the middle should feel a chill from that.

By the way, I am not a believer in man-caused global warming, though I am willing to hear some serious discussion.

And not by Al Gore, who has proven, once again, that he is not a serious person.

UPDATE2: The picture is of a glacier. Once upon a time, much of the northern hemisphere was covered with ice. Now it is not. Much of the ice disappeared long before man developed large "climate changing" industry. What caused the ice to melt? Commonsense says it's part of a normal cycle of climate changes.
Posted by Mark Tempest at 1/21/2007 09:10:00 AM