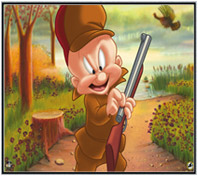 A top U.S. official in the region said Thursday that none of the al-Qaida suspects believed to be hiding in Somalia died in a U.S. airstrike this week, but Somalis with close ties to the terrorist group were killed.

A day earlier, a Somali official said a U.S. intelligence report had referred to the death of Fazul Abdullah Mohammed, one of the three senior al-Qaida members blamed for the 1998 bombings of the U.S. embassies in Kenya and Tanzania.

But the U.S. official in Kenya, who spoke on condition of anonymity because he was not authorized to speak to the media, said that Ethiopian troops and U.S. special forces were still pursuing the three suspects in southern Somalia.