At some point in the dim, dark past, I was exposed to the latest Soviet menace, the wing-in-ground (WIG) ship/plane that could hurtle heavy loads across vast distances at high speed. "Be afraid," we young surface warfare types were advised. Hey, the idea of a 300 mile per hour anything that was hard to see on radar (because it "flies" so low, radar has trouble picking it up) coming after me with missiles a'firing was sobering. My vision looked like this:
(which, as it turns out, was pretty accurate): 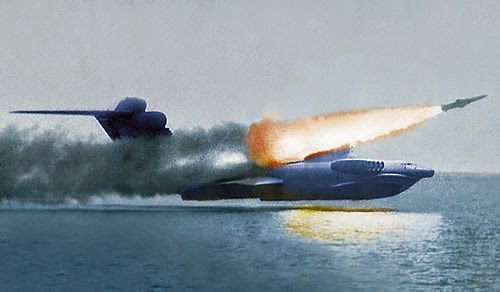 These bad boys traveled in teams. 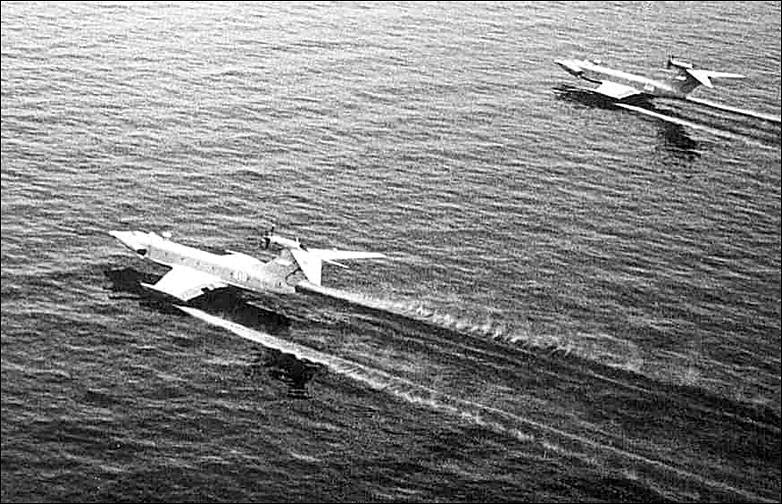 They could conduct high speed amphibious landings. They could carry lots of stuff and deliver it ready to fight. 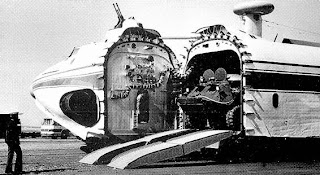 They could operate with surface navy forces. 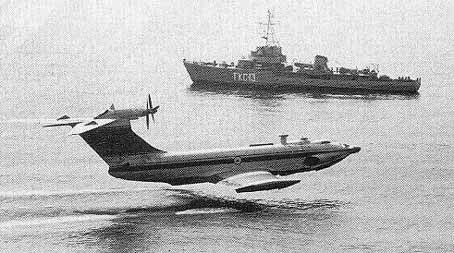 And they looked mean as hell.

We had nothing like them. We were doomed. Doomed.

They also seem to have been relegated to the scrap heap of history. 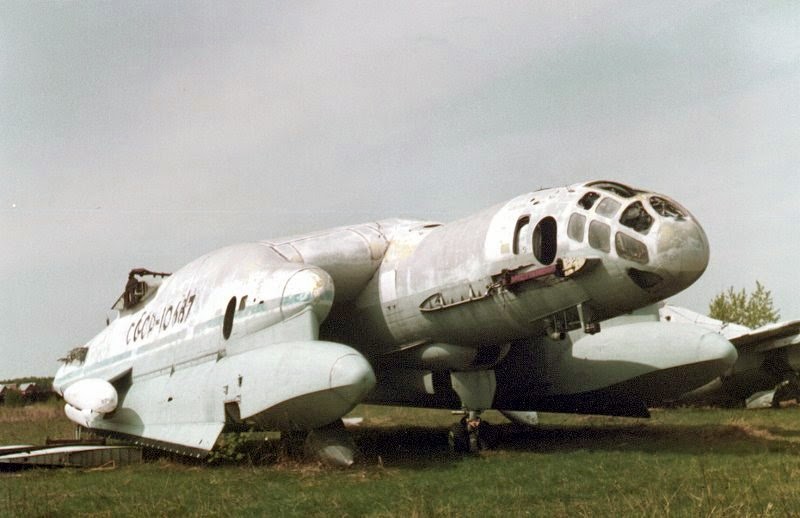 
One reason is that just like the once common flying boats, WIG craft experience problems at take-off. A relatively high take-off speed (even compared to a speedboat), leads to enormous hydrodynamic (ie water) loads on the structure.

When you're in a conventional aeroplane speeding down the runway, it always seems to take an age to lift-off... engines straining to overcome primarily the inertia of the aeroplane. But what if in addition to inertia, the plane was also trying to displace water - instead of just air?

There is a bow wave in front of an object moving through the water at the surface. This wave becomes higher as the speed increases - and this wave is a source of drag. Both wave drag and (hydrodynamic) friction drag are very high for WIG craft when they approach lift-off speed - so high that they determine how much engine power needs to be installed.


The maximum drag often occurs well before the take-off speed - an odd phenomenon that happens because the craft needs to get onto plane (climbing its own bow wave) before it can go faster. In this graph the drag (red line) is shown in relation to speed, with the blue line showing the thrust of the engine. The theoretical maximum speed that this craft can reach is the point where the lines cross. Significantly, the hump drag may be as much as 2 to 3 times higher than the drag in cruise flight.

So in other words, a bloody big engine needs to be carted along during the whole flight, just so that enough speed can be created during take-off to get off the water! Other alternatives include using some engines only during take-off - a common approach in the Ekranoplans.

Various solutions have been tried to decreasing hump drag - stepped hulls, hydro-skis (the Orlyonok discussed below uses pneumatically damped hydro-skis), hydrofoils - and finally, probably the most effective approach, Power Augmentation of Ram wings (PAR), where the craft's engine is used to blow air under the wings.

Wait, now we know why they didn't fly or sail very well, Mr. Wizard, but what's the science behind their flight anyway?


So just what is this ground effect that we keep referring to?

Since the beginning of manned flight, pilots have experienced something strange when landing an aircraft. Just before touchdown, it suddenly feels that the aircraft wants to keep on flying - to go on and on due to the air cushion that is trapped between the wing and the runway. The effect is most noticeable in aircraft with low and large wings. This phenomenon is called (aerodynamic) ground effect.

The Wright brothers probably never flew out of ground effect in their early flights; they benefited from ground effect without even knowing it existed.

What's the US military have to say about them? Some in the Air Force say


In-Ground Effect Wings
Wing-in-ground effect vehicles (or wingships) are another type of platform design that could provide the size, weight, and volume of lift required in 2025. Wingships are hybrid sea/air vehicles capable of very heavy lift over extremely long ranges. They do so by taking advantage of the ground effect phenomena to provide a significant increase in lift capability over what conventional aircraft are currently capable. Because of these phenomena, it is technologically feasible to build vehicles that are at least three times larger and 10 times heavier than the largest airplane currently built.43 Developed initially by the Russians in the 1960s, the first wingship (named the "Caspian Sea Monster") was capable of lifting 540 tons and cruised at 310 miles per hour.44 This vehicle took off and landed on the sea and held a steady altitude of 10 feet above the surface. Current wingships have the capability of flying between 20 and 90 feet above the surface of the sea and can cruise at 400 knots. Higher altitudes are possible when necessary to transit small land masses or avoid shipping or other obstacles, but these altitudes cause a significant decrease in fuel efficiency. Because of their shallow draft, these vehicles are able to load and unload in shallow and/or undeveloped ports where deep-draft vessels are unable to go.


Developments in lightweight structures and materials have made it technologically feasible to construct a wingship capable of lifting 5,000 tons, although the engines required to power it are still a long way off. The Advanced Research Projects Agency (ARPA) of the Department of Defense (DOD) recently analyzed a wingship that was able to transport 1,500 tons over an unrefueled range of 10,000 nautical miles at a cruising speed of 400 knots.45 Even with this kind of lift and the potential ability to attain altitudes of almost 10,000 feet, the most significant challenge is designing engines that can produce the enormous power to break free of the water and maintain the required power levels for an extended period of time at low altitudes where temperatures are relatively higher than those experienced by conventional aircraft. Other technological problems include stability problems as well as the difficulty of flying over turbulent seas. These problems could potentially be solved by using enhanced computer processing to assist in wingship control.

In addition to these technological drawbacks, the wingship cannot provide the direct delivery and extraction required in 2025 since they are confined to waterways only and are susceptible to interdiction in narrow passageways such as the Suez and Panama Canals. They also require an infrastructure outside of the continental United States, even though that infrastructure does not have to be extensive or large. While the wingship could conceivably deploy and recover UAVs, the UAVs would all have to be powered, driving up the cost of the air mobility system. Ultimately, the wingship is unable to provide a seamless point of use delivery capability to the war fighter without another form of transportation (rail, truck, etc.) to get the cargo and equipment to the battlefield. Because of this, we believe it is not a good platform for the air mobility system of 2025.

Of course, I wouldn't expect the Air Force to be too enthusiastic about what is really sort of a ship...

UPDATED: To fix photos and to delete outdated links.