Philippines; The Big Bad Wolf Is at the Door of Our House of Straw

Now that China is knocking on the door, the Philippines wonders where its military went.

Reported at PhilNews,"Decades of Mistakes Are Highlighted by the Panatag (Scarborough) Shoal Issue": 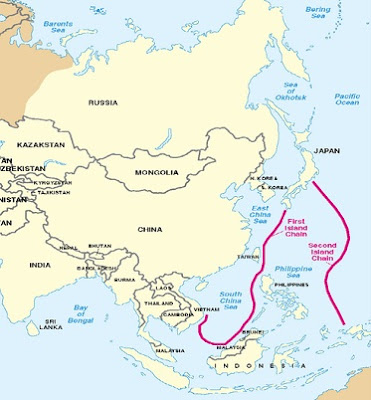 Among the nations that claim ownership to parts of the Spratly and the Paracel Islands, the Philippine military appears the least able to stand up to China's military might. The Armed Forces of the Philippines (AFP) has no air force or navy that can pose a credible counter-threat to the Chinese. The Philippine Air Force (PAF) no longer has fighter jets that fly while the Philippine Navy (PN) ships are mostly of World War II vintage-except for the two Coast Guard Cutters the United States recently turned over to the Philippines, which were built in the late 1960s.


As noted in the piece, the Philippines can call on a long-term ally, but . . .


The Philippines can run to Uncle Sam for help but the US is saddled with its own problems. In addition, the wars it pursued in Afghanistan and Iraq have taken such a heavy toll in lives and resources that the American public seems to have no appetite for involvement in yet another conflict, especially with a world-class military power like China, regardless of what the US-Philippine Mutual Defense Treaty states.


Weakness does not, contrary to what some people assert, insure peace. More likely it means your lands will be taken and then other bad things happen.

Ambassador John Bolton talks China in "As China Muscles Into the Pacific, the U.S. Lacks a Strategy" at WSJ.com:


The U.S. is already perilously close to the point strategically where China will simply run the table with its claims.

Foreign Minister Yang Jeichi replied bluntly that China was sovereign over the territories, and government media mouthpiece Xinhua warned the U.S. that "strategic miscalculations about a rising power could well lead to confrontations and even bloody conflicts, like the war between ancient Athens and Sparta. To avoid such a catastrophic scenario, Washington has to change its obsolete and doubt-ridden thinking pattern and cooperate with Beijing to settle their differences."

China sees these waters through a prism of increasing confidence based on geographical proximity; the weakness of, and competition among, the other territorial claimants; decreasing U.S. Navy capabilities due to draconian budget reductions; President Obama's diffidence in protecting U.S. interests abroad; and, for most Americans, the uninspiring abstractness of "freedom of the seas."