About the current administration's policy toward Iran and Israel: In From the Cold: Feckless and at "Shadow Government" portion of the Foreign Policy website, Hand-wringing while the Middle East burns 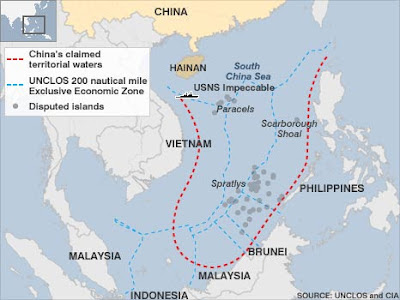 CDR Salamander's Keeping an Eye on the Long Game: Part XLII with a link to a bit on the Chinese push in the Paracel Islands in the South China Sea and the attendant claim to "2 million square kilometers of water" surrounding the islands. Ah, that exclusive economic zone stuff - a simple concept that could cause war.