North Korea: Quote of the Day 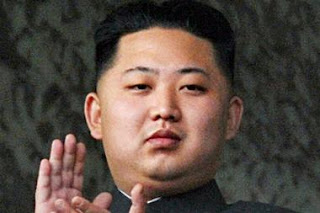 
Bruce Cumings, a historian and author of "North Korea: Another Country", said in a report Pyongyang was behaving to a pattern.

"Nothing is more characteristic of this regime than its preening, posturing, overweening desire for the world to pay it attention, while simultaneously threatening destruction in all directions and assuring through draconian repression that its people know next to nothing about that same world," he wrote.

Update: The Cumings' quote us from a piece in The Nation, "Korean War Games".

Update2: And, of course, there seem to be a fair number of people who feel the situation of the North Koreans is the nearly completely the fault of the U.S.

I do find it odd that Professor Cumings refers to a 1951 simulated atomic bomb attack (1951 was in the middle of the Korean War) as "nuclear bullying" - I tend to think of it as a careful example of restraint - a warning vice bully tactics during an active war.

If the DPRK cities were destroyed after they invaded South Korea, they should know it could have been worse. Not only could their cities have been destroyed, they could have been radioactive smoking holes in the ground that the NORKs would have had to deal with.

Further, as this Wikipedia article notes, the simulation may have helped prevent the use of atomic weapons because they were not suitable for the mission:


Hudson Harbor tested "actual functioning of all activities which would be involved in an atomic strike, including weapons assembly and testing, leading, ground control of bomb aiming". The bombing run data indicated that atomic bombs would be tactically ineffective against massed infantry, because the "timely identification of large masses of enemy troops was extremely rare.

Professor Cumings, however, is certainly entitled to his view - which he also has expressed in "Korea: Forgotten Nuclear Threats".
Posted by Mark Tempest at 4/08/2013 01:16:00 PM