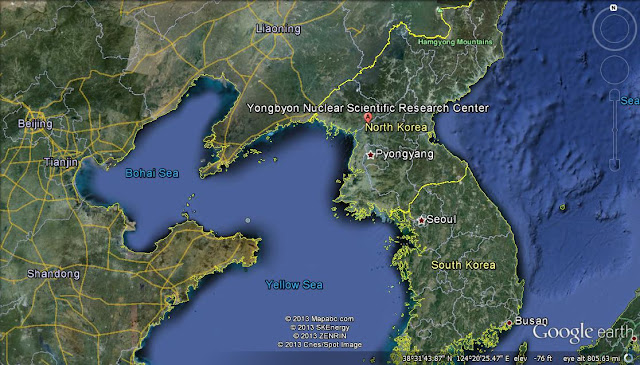 The images in this post are to provide context for the North Korean "re-start" of a nuclear reactor at Yongbyon. - taken straight from Google Earth.

Images of work being done at the Yongbyon facility can be viewed at the Institute for Science and International Security "New Satellite Image of Construction at North Korea Nuclear Site": 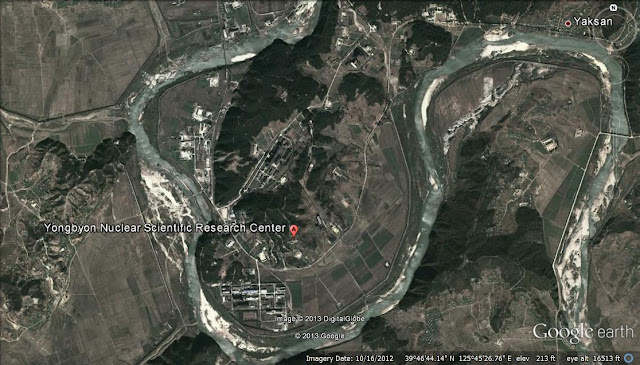 You will note that ISIS reports that this work seems to have started over 2 years ago - so it is not a reaction to any current event.