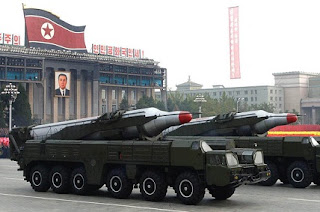 Well, there are reports of a couple of North Korean "medium range" missiles on the rails in North Korea as set out by CNN here:


The developments come as two medium-range missiles have been loaded onto mobile launchers on the East coast of North Korea, a U.S. official told CNN on Friday.

The account followed a report by South Korea's semi-official Yonhap news agency, citing military sources in Seoul, that the pair of missiles were ready to be launched. Yonhap said the missiles have been hidden in an unidentified facility.

Hmm. How seriously to take a two missile show of force?

If I were king, I'd tell my minions to keep an eye on these clowns while making sure nothing happens unless and until there is "something more" than showing the missiles. Don't want any "accidents" due to "misunderstandings" do we?

In the meantime, I'd go about business as usual, watching for any signs the gazillion artillery pieces on the NORK side of the DMZ aren't being unlimbered or whatever would look like a preparation for action.

After all, North Korea primarily seems to be in the business of issuing threats, or as the The Chosun Ilbo headlines, "N.Korea Keeps Up the Bellicose Rhetoric":


North Korea on Thursday threatened to "smash the U.S." with its own 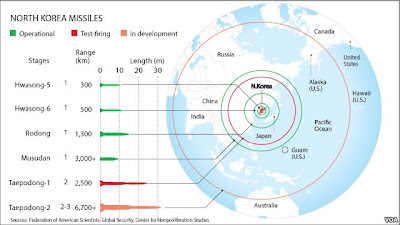 "cutting-edge" nuclear devices that have been made "smaller, lighter and diversified."

"The merciless operation of its revolutionary armed forces in this regard has been finally examined and ratified," it said. "We formally inform the White House and Pentagon" of this.

The official KCNA news agency published the statement at 2 a.m. It was later repeated in other state media. Pyongyang is apparently incensed by reports saying Seoul and Washington do not believe it presents a major threat.


Actually, even the DPRK Twitter feed is full of old (2009?) cheap and unrealistic threats:

I mean, "rocket annihilation?" For a ship suspected of smuggling cigarettes?.

Threatening an island 4800 miles away? Good luck with that.

I guess the good news in 2009 was that goat production was way up. Unless, of course, you are a goat.

Oh, but they never let up at the fun bureau of the DPRK - always something new and -almost- threatening. For example, the quotes above are from this DPRK press release of 4 April 13, "U.S. Should Ponder over Grave Situation: Spokesman " :


A tough-and-go situation is prevailing on the Korean Peninsula. 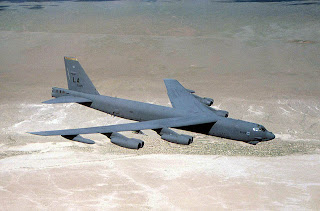 U.S. formation of B-52s based on Guam flew into the sky above south Korea all of a sudden to stage a drill under the simulated conditions of a nuclear strike at the DPRK and formations of F-22s took off from Japan proper and Okinawa and were deployed in the Osan air force base in south Korea to watch for a chance to make a surprise strike. 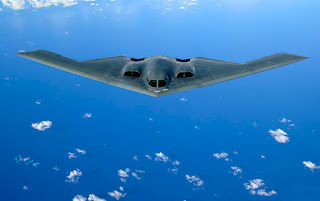 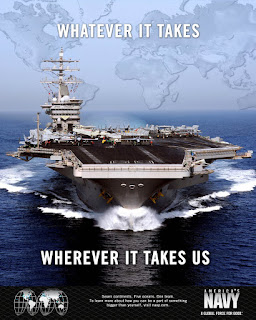 It was reported that super-large nuclear-powered aircraft carrier and its group will enter the waters off the Korean Peninsula soon after leaving waters of the Indian Ocean or the western coast of the U.S. mainland.

South Korea and waters around it are turning into places for display of various types of nuclear strike means of the U.S. imperialist aggressor forces and a dangerous hotbed of a nuclear war in the true sense of the word.

The U.S. high-handed hostile policy toward the DPRK aimed to encroach upon its sovereignty and the dignity of its supreme leadership and bring down its social system is being implemented through actual military actions without hesitation.

Days and months have passed on this land amid the constant danger of war but never had the whole Korean Peninsula been exposed to such danger of a nuclear war as today.

Under this situation the towering resentment of the DPRK's army and people has reached an irrepressible phase as they are all out in the all-out action to defend the sovereignty and prevent a nuclear war of the U.S.

In view of the prevailing situation the world people who love justice and value conscience are unanimously becoming critical of the U.S. and its followers for their disgraceful behavior of prodding the UN Security Council into adopting "resolutions on sanctions" against the DPRK and vocal expressing concern over the situation on the peninsula.

The responsibility for this grave situation entirely rests with the U.S. Administration and military warmongers keen to encroach upon the DPRK's sovereignty and bring down its dignified social system with brigandish logic.
***
We formally inform the White House and Pentagon that the ever-escalating U.S. hostile policy toward the DPRK and its reckless nuclear threat will be smashed by the strong will of all the united service personnel and people and cutting-edge smaller, lighter and diversified nuclear strike means of the DPRK and that the merciless operation of its revolutionary armed forces in this regard has been finally examined and ratified.

The U.S. had better ponder over the prevailing grave situation.

I'll have to dig out my boots so I can shake in them.

Oh, I added the emphasis to the DPRK presser by the way. To point out they know that our "super-large nuclear-powered aircraft carrier" is also really, really fast.

Those two missiles on the rails better be really really good ones. I guess they might, with a tail wind, reach Alaska.