The Cratering of Yemen 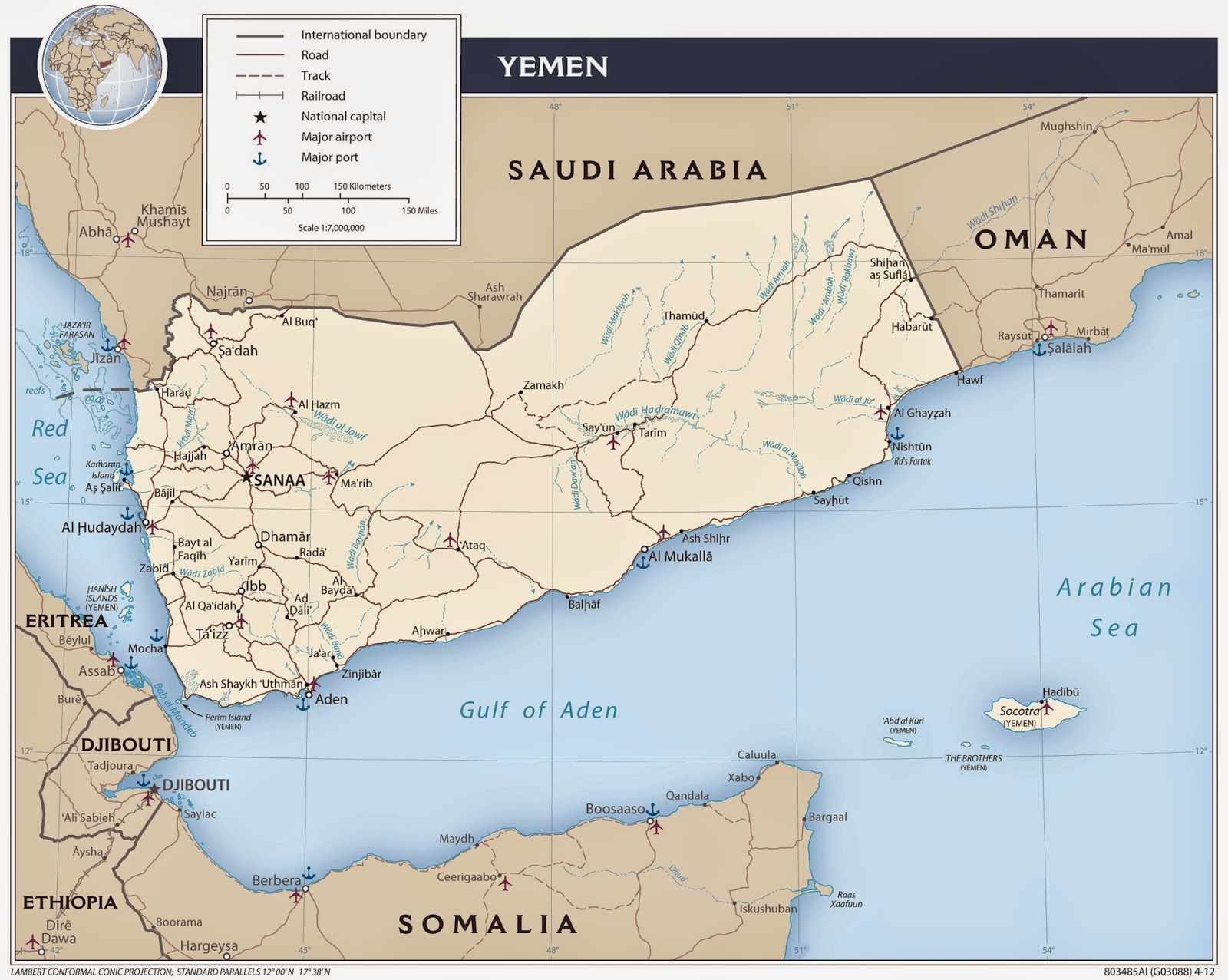 
The US government has withdrawn its military and remaining diplomatic personnel from Yemen as the security situation has spiraled out of control over the past week. Among the forces pulled from Yemen were more than 100 military advisors who were training Yemeni counterterrorism personnel to battle al Qaeda in the Arabian Peninsula. The withdrawal of US forces from Yemen takes place just six months after President Barack Obama described the US strategy of partnering with local Yemeni forces as “one that we have successfully pursued … for years.”

The US yanked its military forces Al Anad Air Base after AQAP forces and allied tribes briefly took control of the nearby city of Houta, the capital of Lahj province, on March 20. Al Anad is located just 20 miles north of Houta. Yemeni military forces loyal to ousted President Abdu Rabbu Mansour Hadi, who is based in the nearby city of Aden, regained control of Houta after AQAP fighters withdrew without a fight.

AQAP’s foray into Houta was preceded by attacks from the rival Islamic State, Shia Houthi rebels, and infighting between forces loyal to President Hadi. Additionally, today Houthi forces have taken control of the city of Taiz, Yemen’s third largest and are now just 120 miles from Aden, The New York Times reported.

On March 20, the Islamic State deployed four suicide bombers at two Houthi mosques in the capital of Sana’a’, killing more than 100 worshiper. The Islamic State threatened to carry out more such attacks.

On the previous day, forces loyal to Hadi battled a rival military commander at Aden’s international airport. Thirteen people were killed before Hadi’s troops took control of the airport, Reuters reported. During the fighting, an aircraft thought to have been flown by the Houthi-led government based in Sana’a struck the presidential palace in Aden.

Hadi fled to Aden in late February after escaping house arrest in Sana’a. He was forced to resign his presidency in January after intense pressure from the Iranian-backed Shiite Houthi rebels, who took control of much of northern and western Yemen late last summer. Hadi has been the US’ biggest supporter in the fight against al Qaeda’s branch in Yemen and Saudi Arabia. He was a vocal supporter of the unpopular drone strikes, which have targeted al Qaeda’s leaders and operatives in Yemen.

Actually, a sensible precaution in getting U.S. folks out of way while the Yemenis continue to abuse each other.

It must be noted that Yemen has a long history of being a area of unrest. As noted back in the 16th Century, here:


The country was in a state of incessant anarchy and discord . . .

Back in the 1960's the country was split in two parts, North Yemen and South Yemen (a/k/a People's Democratic Republic of Yemen). It wasn't until 1990 that there was "one Yemen" under Ali Abdallah Saleh. However, even in its united state, it has been a difficult place with a Shia sect uprising:


The Shia insurgency in Yemen began in June 2004 when dissident cleric Hussein Badreddin al-Houthi, head of the Zaidi Shia sect, launched an uprising against the Yemeni government. The Yemeni government alleged that the Houthis were seeking to overthrow it and to implement Shī'a religious law. The rebels counter that they are "defending their community against discrimination" and government aggression.

Toss in al Qaeda in the the Arabian Peninsula and,

Perhaps not the best decision ever made. Saleh gets replaced, but things do not calm down.

Nice summary of events in Yemen from the BBC here:


2014 September - Houthi rebels take control of the capital Sanaa. The UN brokers a peace deal according to which the Houthis agree to withdraw their fighters from cities they have seized once a new national unity government has been formed.

2015 January - The Houthis reject the draft of a new constitution proposed by the government. They seize state TV and clash with troops in the capital, in what the government called a coup attempt.

President Hadi and his government resign in protest at the takeover by Houthi rebels of the capital. He later flees to his native city of Aden and rescinds his resignation.

2015 February - Houthi rebels say that they are seizing power and that transitional five-member presidential council will replace President Hadi.

Now, UN envoy warns: Yemen is being pushed 'to the edge of civil war'. No kidding.


The Islamic State in Iraq and al Sham (ISIS) carried out five suicide bombings in Yemen today. The attacks are the first by ISIS in Yemen, and ISIS’s targeting of Zaydi Shia mosques will fundamentally change political and security dynamics. The Yemeni state is already fragmenting. Yemeni President Abdu Rabbu Mansour Hadi, who resigned in protest in January, is establishing a rival government in the south to challenge the authority of the one now under Iranian-backed al Houthi control in the capital, Sana’a. The al Houthi-Hadi conflict remained largely a political one until fighter jets bombed Hadi’s residence on March 19. There is now a multi-faceted conflict in Yemen that also includes al Qaeda’s affiliate, al Qaeda in the Arabian Peninsula (AQAP), which is fighting both the al Houthis and the Yemeni security forces. The arrival of ISIS in Yemen could fuel a broader sectarian war. (emphasis added)


Yemen sits on the vital sea lanes of the Red Sea and the Gulf of Aden where shipping routes to and from the Suez Canal are located.

Email ThisBlogThis!Share to TwitterShare to FacebookShare to Pinterest
Labels: Fun with Iran, Yemen