Nanny State: All Your Climate Change Health Concerns Belong to Us

A classic overreach by the federal nannies as set out by Oil and Gas Journal editor Bob Tippee here:

This trick of activism underlies a bureaucratic spurt announced by the Obama administration as “actions to protect communities from the impacts of climate change.” The focus is health, against which who would dare argue? And the implication is that climate change represents a health problem so large that a whopping response is in order.

The White House fact sheet on this whopper is 4,777 words long. Headings in a summary bullet list set the tone: “convening stakeholders,” “identifying solutions to minimize impacts,” “expanding access to climate and health data,” “preparing the next generation of medical and health professionals,” “releasing draft climate and health assessment report.”

You know officials are serious when they get down to convening stakeholders and minimizing impacts.

And doesn’t federalization of medical education follow logically from the government’s usurpation of the health system under Obamacare?

For that purpose, the administration is creating a “coalition of deans” from 30 medical, nursing, and public health schools, members of which will start work with “a roundtable discussion around climate change and health.” No doubt unwelcome in this elite group is anyone inclined to note how temperature measurements aren’t supporting model projections of dangerous warming, on which climate panic is founded.

Isn't it nice to know that our federal dollars - dollars that could be used to get control over immigration (which, by the way, poses some legitimate health issues itself), or to dealing with ISIS, or to addressing China's own overreach in the South China Sea - can be used to worry this well-gnawed bone?

The White House press release/fact sheet "Actions To Protect Communities From The Impacts Of Climate Change" on can be found here. Here's a sample section:


We know climate change is not is not a distant threat, we are already seeing impacts in communities across the country. And while most Americans see climate change hitting their communities through extreme weather events – from more severe droughts and wildfires to more powerful hurricanes and record heat waves – there are other threats climate change poses to the American people. In the past three decades, the percentage of Americans with asthma has more than doubled, and climate change is putting these individuals and many other vulnerable populations at greater risk of landing in the hospital. Certain people and communities are especially vulnerable, including children, the elderly, the sick, the poor, and some communities of color. Rising temperatures can lead to more smog, longer allergy seasons, and an increased incidence of extreme-weather-related injuries.

I'm simply going to ignore that stuff about "more severe droughts and wildfires to more powerful hurricanes and record heat waves" for the time being. This post is long enough already.

While not the main point here, the line about "In the past three decades, the percentage of Americans with asthma has more than doubled" deserves a look. That time frame goes back to 1984 and is well after major efforts were being made to clean up air pollution, including reducing emissions from cars, factories, power plants and the like. How do we explain this increase in asthma, then during a period of general decrease in air pollution? 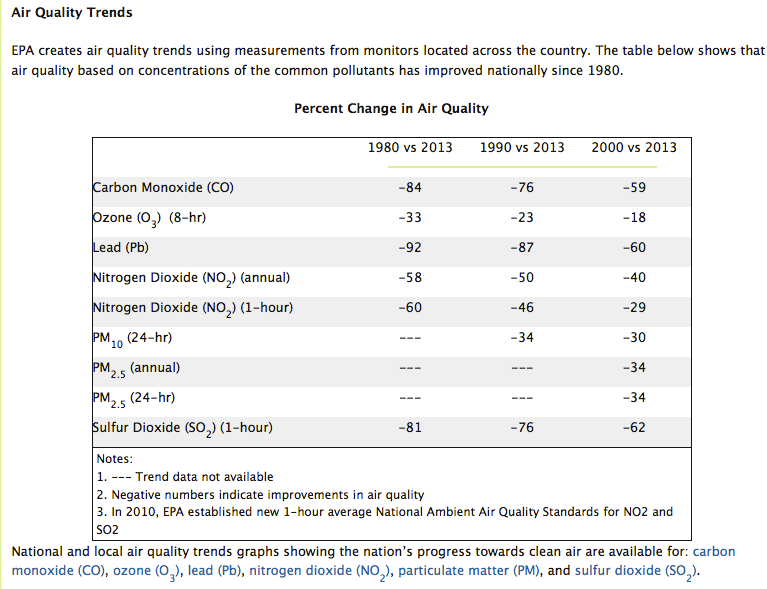 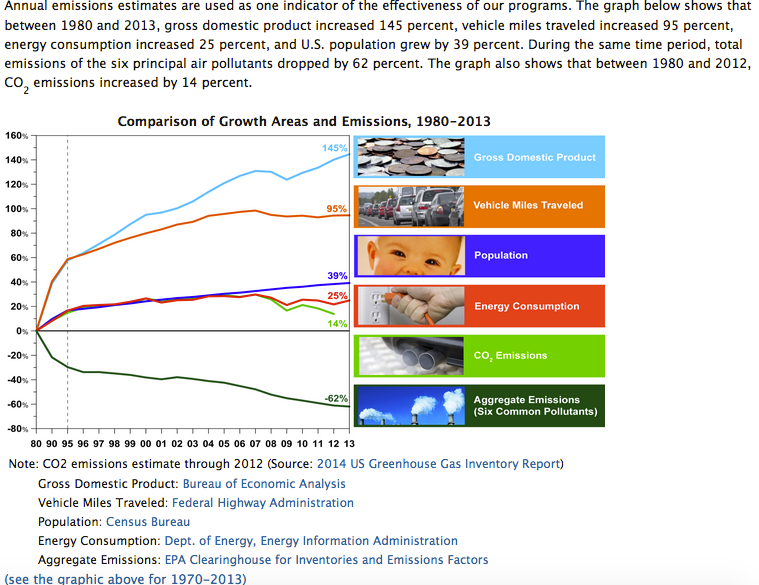 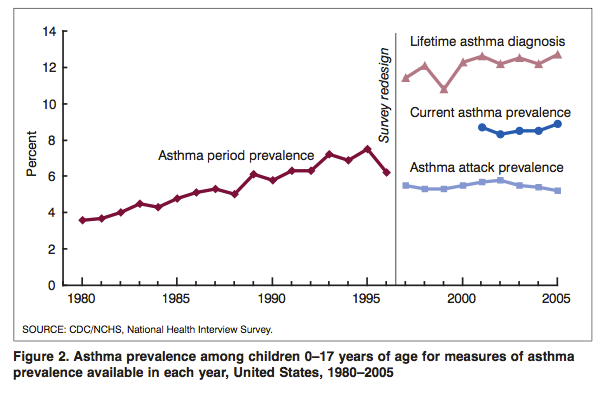 Of course, there is this interesting bit in this report:


A major frustration in fighting asthma is the mystery of its development. It remains unknown why some people get the disease and others do not. Research has identified several factors associated with the development of asthma, but none have proven to be the causative agent.

What on earth happened between 1980 to 1996? Better diagnosis? Now, I'm just a layman, but shouldn't there be a clue in the pattern of growth in asthma and this:


People with a family history of allergies or asthma are more prone to developing asthma.

I would think, given the marked increase in asthma rates among black children and the family history thing, there could be a genetic factor. But you know, that's just speculation on my part.

The Health Impacts of Climate Change on Americans Final

When looking at this report, put on your statistics skeptic hat. For example, what does this mean?

And how to asthmatics reduce their risk of exposure to increased "ozone concentration in the "New York metropolitan region?" Here are some ideas:
(1) Move to some other area with a lower projected ozone concentration;
(2) Follow the advice of experts:
I guess that would cut down on those extra 50 emergency room visits per year.

Okay, so let's suppose the burning of coal or other fossil fuels to produce electricity is a major source of CO2 in the U.S. (EPA says it's 38%): 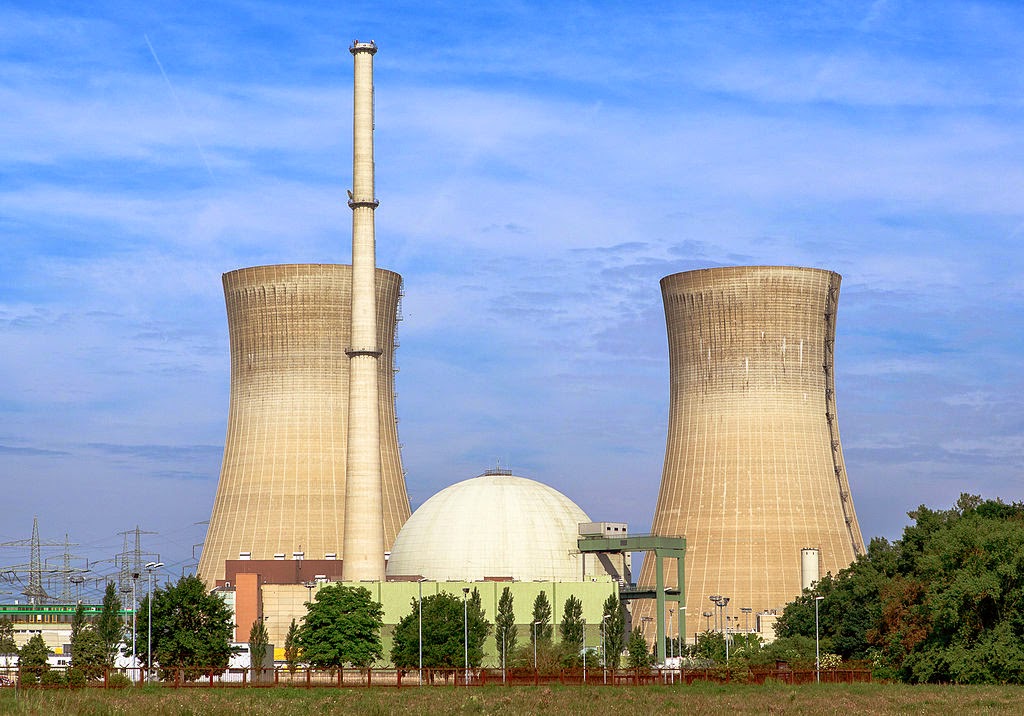 One would think then, then the biggest push of the U.S. government would be to convert as much electrical generation as possible to nuclear power, which produces little or no CO2 (except perhaps in the construction of the plants and in the gathering and processing of fuel). Instead, however, the amount of electricity generated by nuclear power is projected to drop from 19% to 16% from 2012 to 2025 (see here). Renewable energy projection:

Nuclear power is not affected by droughts, lack of sunny days, lack of wind or any of the other things that affect hydro, wind and solar power. And this:


The World Nuclear Association (PDF) published a study in 2011 that compiled and analyzed 21 different life-cycle emissions studies and made the following observations:


On the other hand, perhaps this isn't really all about finding optimal solutions. Besides, it's for the children. And the poor. And the elderly. Etc.