The Fall of Vietnam - 40 years Ago and Lessons Learned 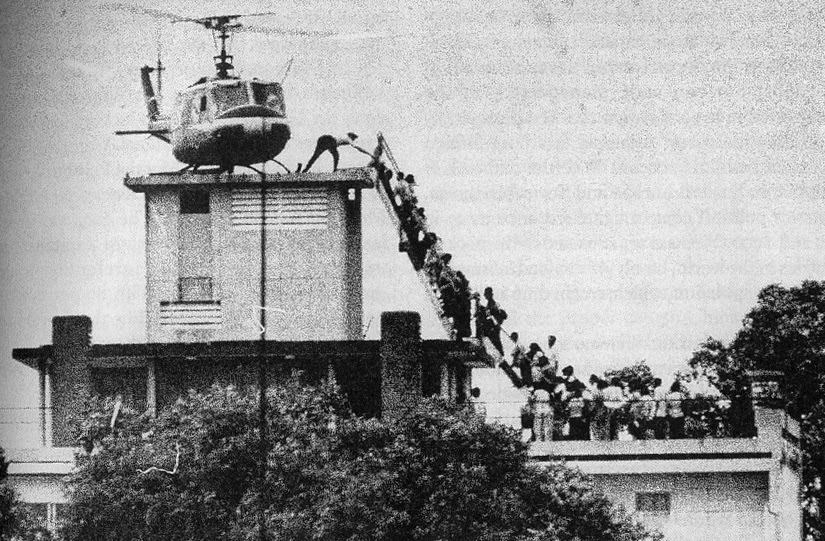 I keep getting reminded that I am not as young as I feel. The latest blow was a spate of headlines (e.g. here and an PBS show ("Last Days in Vietnam") commemorating the fall of the Republic of South Vietnam - 40 years ago:


In April of 1975, the North Vietnamese Army was closing in on Saigon as South Vietnamese resistance was crumbling. Approximately 5,000 Americans remained with roughly 24 hours to get out. Their South Vietnamese allies, co-workers, and friends faced certain imprisonment and possible death if they remained behind, yet there was no official evacuation plan in place. Still, over the last days in Vietnam, with the clock ticking and the city under fire, 135,000 South Vietnamese managed to escape with help from a number of heroic Americans who took matters into their own hands, engaging in unsanctioned and often makeshift operations in a desperate effort to save as many people as possible.

At the time of the fall of Vietnam, I was a LTJG and on shore duty. I had submitted my letter of resignation and was plotting my next move. As was common in those days, I had been assigned to one ship for a little over 3 years and I had been deployed about 1/2 of that time, not counting out of home port training.

In late March, 1972 we were off Vietnam headed for liberty in Thailand when we got turned around and sent back north. The North Vietnamese were rolling tanks into the south. U.S. destroyers, cruisers and carriers were in place to try to help stop the advance of the "Easter Offensive." There was a huge expenditure of ordnance. Ammo stocks fell so low so fast that eventually replacement stuff was being flown into to Subic Bay by air for loading onto the replenishment ships that sortied from the Naval Magazine to the "gun line." USS Pyro (AE-24) set a Navy record for ammunition transferred by an ammunition ship. From April to July the South Vietnamese forces held against and ultimately defeated the North Vietnamese forces at the Battle of An Loc. From June to mid -September, the South Vietnamese again defeated the North Vietnamese Army in the Second Battle of Quang Tri. In May, the U.S. Navy and Air Force mined North Vietnamese harbors, including the main harbor at Haiphong. These mining operations continued in bits and pieces for 8 months. In any event, the stiffened South Vietnamese response and the new attacks on North Vietnam both in conventional bombing and with the closure of its ports, drove the North Vietnamese to the peace table. Eventually, it looked like there would be a two state solution. See here.

However, starting in 1974, Congress began cutting funding to South Vietnam:


During his confirmation hearings in June 1973, Secretary of Defense James Schlesinger was sharply criticized by some senators after he stated that he would recommend resumption of U.S. bombing in North Vietnam if North Vietnam launched a major offensive against South Vietnam. However, Nixon was driven from office due to the Watergate scandal in 1974 and when the North Vietnamese began their final offensive early in 1975, the United States Congress refused to appropriate the funds needed by the South Vietnamese to protect Saigon, citing strong opposition to American involvement in the war by Americans and the loss of American equipment to the North by retreating Southern forces. Thieu subsequently resigned, accusing the U.S. of betrayal in a TV and radio address:

The North Vietnamese entered Saigon on April 30 1975. Schlesinger had announced early in the morning of 29 April the evacuation from Saigon by helicopter of the last U.S. diplomatic, military, and civilian personnel. 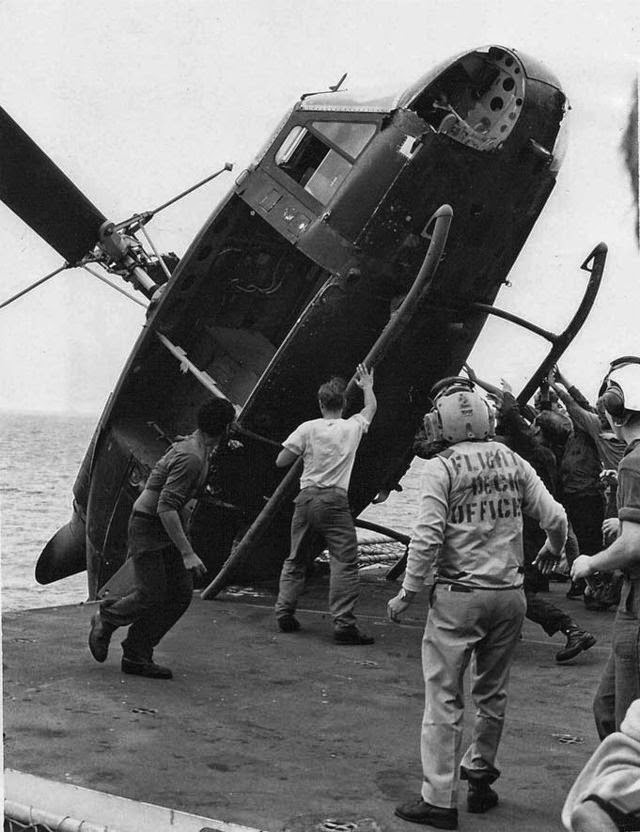 Anyone who watched the debacle of the "evacuation" - or who had any conscience about abandoning our allies on the field of battle or who had had classmates and friends die in the war - was sickened. As noted here:

The first wave in 1975 included 140,000 South Vietnamese, mostly political leaders, army officers, and skilled professionals escaping the communist takeover. Fewer than a thousand Vietnamese successfully fled the nation. Those who managed to escape pirates, typhoons, and starvation sought safety and a new life in refugee camps in Malaysia, Thailand, Singapore, Indonesia, the Philippines, and Hong Kong. For many, these countries became permanent homes, while for others they were only waystations to acquiring political asylum in other nations, including the United States.

During the administration of President James Earl Carter, Vietnamese immigration to the United States became a prominent political issue. The number of refugees fleeing Vietnam by sea increased to nearly six thousand in 1976 and twenty thousand the following year. Officials estimated that nearly one-third of this total perished at sea from starvation, drowning, and pirates, problems that increased when some Asian countries began turning away boat people. 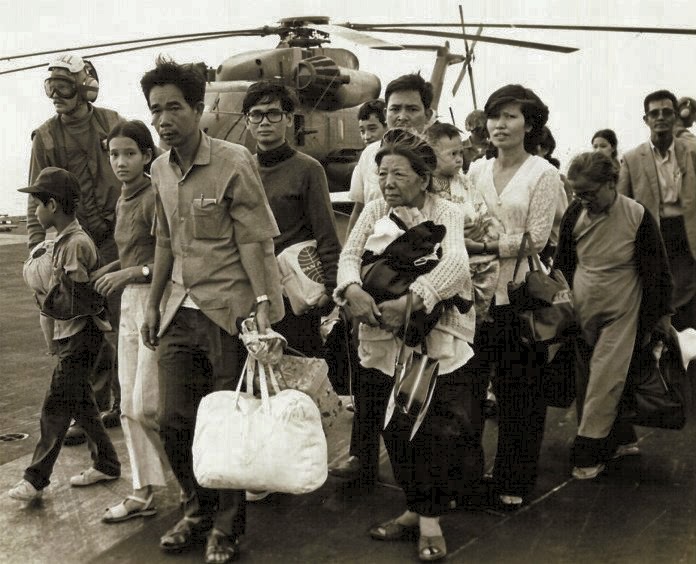 The waves of desperate refugees continued for years.

Somewhere in all this, driven by news reports of the plight of the refugees, I withdrew my resignation and remained on active duty for another couple of years, making another deployment to the Western Pacific - albeit too late to assist those in need.

Years later, we began to see that we were not the only ones who learned lessons from the U.S. abandonment of its ally. In nearly every conflict we've been involved in since, including the long war with al Qaeda and its ilk, the theory of our enemies has been that if they can hang on through the initial overwhelming force delivered by the Americans, they will outlast the American "will to fight."

Our enemies know our Congress too well.

So, 40 years later, I am still mad as hell at the Congress that buckled when a spine was needed to see Vietnam was not abandoned to its fate.

In that cratering I see too many links to the messes we find ourselves in now.


Bin Laden's hatred and disdain for the U.S. were also manifested while he lived in Sudan. There he told Al-Qaeda fighters-in-training:[23]
“ America appeared so mighty ... but it was actually weak and cowardly. Look at Vietnam, look at Lebanon. Whenever soldiers start coming home in body bags, Americans panic and retreat. Such a country needs only to be confronted with two or three sharp blows, then it will flee in panic, as it always has. ... It cannot stand against warriors of faith who do not fear death.

I would suggest he was not referring to our troops, but to the weak-kneed folks who refer to our young American warriors as "kids" as if they need coddling. These people seem to believe that by withdrawing from war we are safer.  That is clearly not a lesson that history would support.