The company has responded to an Office of Naval Research (ONR) solicitation for a 150-kw laser weapon suitable for installation on DDG-51-class destroyers to counter unmanned aircraft and small boats using only ship power and cooling.

Under ONR’s Solid-State Laser Technology Maturation program, the weapon is to be demonstrated in 2018 on the USS Paul Foster, a decommissioned Spruance-class destroyer that now serves as the U.S. Navy’s ship-defense test vessel at Port Hueneme in California.

GA-ASI has proposed its Gen 3 High-Energy Laser (HEL) system, which recently completed independent beam-quality and power testing for the U.S. government. The Gen 3 system is the third generation of electrically pumped laser using the architecture developed for Darpa’s Hellads program.

Some info from General Atomics:

The Gen 3 HEL tested is a unit cell for the Tactical Laser Weapon Module (TLWM) currently under development. Featuring a flexible, deployable architecture, the TLWM is designed for use on land, sea, and airborne platforms and will be available in four versions at the 50, 75, 150, and 300 kilowatt laser output levels.

The GDS was employed by an independent measurement team to evaluate the beam quality of the Gen 3 system over a range of operating power and run time. According to JTO’s Jack Slater, “The system produced the best beam quality from a high energy laser that we have yet measured with the GDS. We were impressed to see that the beam quality remained constant with increasing output power and run-time.”

With run time limited only by the magazine depth of the battery system, beam quality was constant throughout the entire run at greater than 30 seconds. These measurements confirm that the exceptional beam quality of this new generation of electrically-pumped lasers is maintained above the 50 kilowatt level. 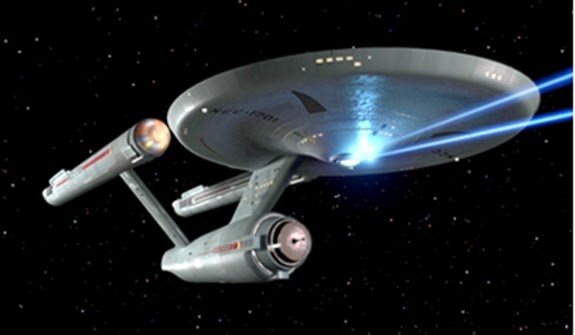 What's it mean? Try this "Tactical Laser Weapon Module Can Laserify Almost Anything" the title of an Evan Ackerman post at the IEEE Spectrum:


The thing in this picture (you have to follow the above link to see it) isn’t a photon torpedo. But, it’s close. It’s a photon cannon, currently under development by General Atomics. Small, versatile, and completely self-contained, it turns anything onto which you stick it into a powerful laser weapon. And at just two cubic meters in volume, you should have no trouble mounting it on the roof rack of your Volvo.
***
What we were able to find out about this thing is that it’s a laser weapon with output energies (that's output, not total power in the system) ranging from 75 kilowatts all the way up to 300 kilowatts. To put that in perspective, about a year ago we wrote about how Lockheed was using a portable fiber laser to shoot down rockets at a range of 1.5 kilometers using just 10 kilowatts of power. Suffice it to say, 300 kilowatts is rather a lot. The weight of the system is dependent on its output power and the number of shots you want, but General Atomics engineers say that they’ve gotten it down to just 4 kilograms per kilowatt.