Inflatables? Space Exploration is Just the Place for Them

Lots of big news about an inflatable addition to the international space state as in Air & Space's The Future of Construction in Space:
Is the International Space Station the last aluminum spacecraft?

Late this year or early next, NASA will build an addition to the International Space Station, increasing the orbital laboratory’s size from eight rooms to nine. The new room is like no other on the station, and will be very easy to construct: Just connect to a docking port, fill with compressed air, and voilà! Instant space habitat.

The hard part was the 15 years of re­search and development that Bigelow Aerospace in North Las Vegas needed to create the Bigelow Expandable Activity Module, or BEAM. Initially scheduled for a September launch, BEAM’s test deployment is now delayed due to the post-launch explosion of a SpaceX Falcon 9 rocket bound for the ISS on June 28 — and no one yet knows how long that delay will be. Once BEAM does reach its destination, it will undergo two years of intensive testing, a trial run for a technology that could play a significant role in future human spaceflight and low-Earth-orbit commercial ventures: inflatable spacecraft.

Yes, I noted this Bigelow module last year here and the concept is very interesting.

On the other hand, as set out in my prior post, Raymond Z. Gallun was pushing such an idea back in 1961. 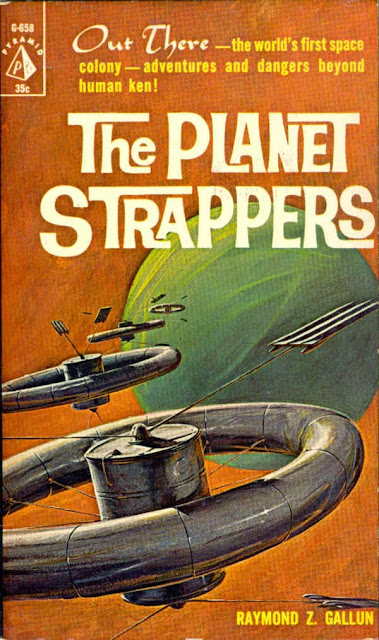