Midrats May Day Episode 330: "Terrorists on the Ocean" with CAPT Bob Hein, USN 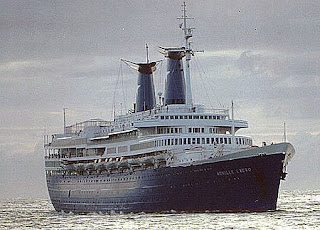 When does the Long War go feet wet?

Given the track record of the preceding couple of decades, it was expected shortly after the start of this phase of the war after 911, that terrorists would take the war to sea. There was an incident now and then, but the threat never really played out to the extent we thought early on.

Recent events point to the possibility that this may be changing, in perhaps ways not originally thought.

What is the threat? Where is it coming from, and how do you deter and defeat it?

Our guest for the full hour to discuss will be CAPT Bob Hein, USN. We will use his latest article with CIMSEC, Terrorists on the Ocean: Sea Monsters in the 21st Century, as a starting out point for discussion. 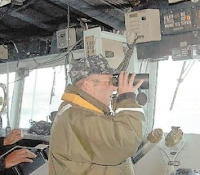 Captain Hein is a career surface warfare officer. Over the last 28 years, he has served on seven ships around the globe and has had the privilege of commanding two of them: the USS Gettysburg (CG 64), and the USS Nitze (DDG 94),

He completed two tours as a requirements officer on the Navy staff for combatant modernization and for future logistics capabilities. He also served as the current operations officer for U.S. Fleet Forces Command. Additional tours include as an action officer on the Joint Staff, Joint Operations Directorate, and as Chief of Staff to the NATO Mediterranean Fleet.

He is currently the Branch Head for Strategy on the OPNAV Staff (N513) Captain Hein graduated from the U.S. Naval Academy with a bachelor's in physical science. He also holds a master's in national security affairs and strategic studies from the Naval War College, is a graduate of the Joint Forces Staff College, and a former Navy Fellow at the Brookings Institution. He is also the proud father of two Surface Warfare Officers; it's a family business..

Join us live if you can or listen to the show at your convenience later by clicking here. You can also pick the show up later by visiting our iTunes page.
Posted by Mark Tempest at 4/29/2016 06:10:00 PM