Attacks on Shipping in Southern Philippines Grinds Shipping to a Halt

The usually robust port serving as an international gateway to and from the Autonomous Region in Muslim Mindanao (ARMM) has been immobilized due recent attacks by pirates on international cargo ships.

According to Polloc Port manager Hexan Mabang, maritime trade has come to a standstill after pirates waylaid several cement and cargo vessels along the Sulu Sea. 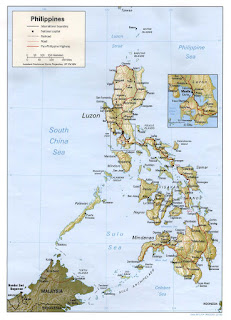 ARMM Regional Board of Investments (RBOI) chair Ishak Mastura noted that the recent attack on a Vietnamese ship headed to Polloc Port was more like the last straw that forced companies to defer operation.

“We are deeply concerned that the bane of piracy in the Sulu Sea has affected our international trade leading to revenue losses for the ARMM regional government, which owns and operates Polloc Port,” said Mastura.

The bulk carrier Giang Hai was attacked by ASG in the Sulu Sea, about 20 nautical miles north of Pearl Bank in Tawi-Tawi province, which is part of ARMM.

The Philippine government has approached a number of other nations to assist in patrolling the area.
Posted by Mark Tempest at 3/02/2017 08:41:00 AM