On Midrats 12 March 2017, Episode 375: Strategic Discipline & the Building of a New National Strategy with Frank Hoffman

Please join us a 5pm EDT (remember to "Spring Ahead") on 12 March 2017 for Midrats Episode 375: Strategic Discipline & the Building of a New National Strategy: 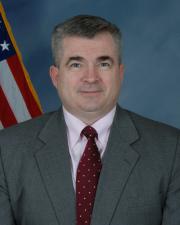 team. He and his team come to their positions with a very different view of the world and America's place in it than their predecessors had.

What direction will they take our nation? What role should realism, alliances, and the requirement to anchor all to a strategic discipline focused on the long term interests of our nation have on the decisions they make?

What do his initial steps and the people so far on his team tell us about where we are going? How may we may have to rethink the basic organizing concepts for America’s role in the world?

Our guest for the full hour to discuss this an related issues will be Frank Hoffman.

Frank is a Distinguished Research Fellow at the Institute for National Strategic Studies, National Defense University.

He formerly directed the NDU Press operations which includes the journals Joint Force Quarterly and PRISM. From August of 2009 to June 2011, he served in the Department of the Navy as a senior executive as the Senior Director, Naval Capabilities and Readiness. He started at National Defense University in 2011 and became a Distinguished Research Fellow in December 2016.

He retired from the Marine Corps Reserve in the summer of 2001 at the grade of Lieutenant Colonel. He has authored one book (Decisive Force; The New American Way of War, Praeger, 1996), over 100 essays and articles, and frequently contributes to Orbis, Joint Force Quarterly, the Journal of Strategic Studies, Parameters, the Naval Institute Proceedings and Marine Corps Gazette.