falsely represent[] [oneself], verbally or in writing, to have
been awarded any decoration or medal authorized by
Congress for the Armed Forces of the United States, any of
the service medals or badges awarded to the members of
such forces, the ribbon, button, or rosette of any such badge,

He posed as "Rick Duncan," a wounded Marine captain who received a Purple Heart and a Silver Star. Strandlof used that persona to found the Colorado Veterans Alliance and solicit funds for the organization.

The ACLU argued that "simply lying" is a form of free speech protected by the First Amendment to the Constitution.

This "bar lies" argument has been seen before 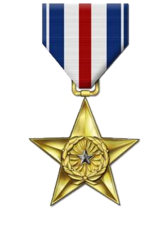 Finally, the Court in R.A.V. v. City of St. Paul, 505 U.S. 377 (1992), has made clear that some content discriminations within unprotected categories of speech are unconstitutional because they pose the risk of viewpoint discrimination. But the Stolen Valor Act does not pose such a risk, and seems likely to fit within one of the exceptions the R.A.V. court identified.

Here's his take on this decision:


I found the opinion to be quite thoughtful and interesting, but I ultimately wasn’t persuaded (despite the recent United States v. Stevens precedent, on which the court heavily relies). The court’s theory seems to suggest that, while fraud is constitutionally unprotected, attempted fraud is protected, at least so long as no-one who relied on the attempted fraud can be identified. And it also seems inconsistent with the Court’s acceptance of false-light invasion of privacy claims — see my brief for more details on those cases — which rest neither on a specific well-rooted false light invasion of privacy exception nor on any plausible judgment that the false light tort passes strict scrutiny

The District Court found that the statute's lack of need to prove that the lie caused harm troubling:


The principal difficulty I perceive in trying to shoehorn the Stolen Valor Act into
the First Amendment fraud exception is that the Act, although addressing potentially
fraudulent statements, does not further require that anyone have been actually mislead, defrauded, or deceived by such misrepresentations.(footnote omitted)

Under this view, it appears someone who actually parted with money to support Mr. Strandlof's alleged veteran's organization in reliance on his lies about his personal military awards could bring a civil fraud suit against Mr. Strandlof, but the government may not step in to protect the public from such a fraud by making it a crime to lie about receiving military awards in furtherance of such a fraud.

We'll see this on appeal.

Now, if I were to wander out in the street wearing the medals shown below, am I entitled to them or am I merely exercising my "free speech" rights? 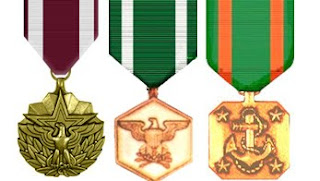 Will we be able to trust any medal wearing person again?