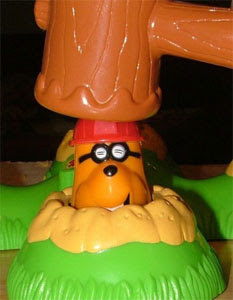 
In essence, Judge Susan Bolton bought the Justice Department’s preemption argument — i.e., the claim that the federal government has broad and exclusive authority to regulate immigration, and therefore that any state measure that is inconsistent with federal law is invalid. The Arizona law is completely consistent with federal law. The judge, however, twisted to concept of federal law into federal enforcement practices (or, as it happens, lack thereof). In effect, the court is saying that if the feds refuse to enforce the law the states can’t do it either because doing so would transgress the federal policy of non-enforcement … which is nuts.

The judge also employs a cute bit of sleight-of-hand. She repeatedly invokes a 1941 case, Hines v. Davidowitz, in which the Supreme Court struck down a state alien-registration statute. In Hines, the high court reasoned that the federal government had traditionally followed a policy of not treating aliens as “a thing apart,” and that Congress had therefore “manifested a purpose … to protect the liberties of law-abiding aliens through one uniform national system” that would not unduly subject them to “inquisitorial practices and police surveillance.” But the Arizona law is not directed at law-abiding aliens in order to identify them as foreigners and subject them, on that basis, to police attention. It is directed at arrested aliens who are in custody because they have violated the law. And it is not requiring them to register with the state; it is requiring proof that they have properly registered with the federal government — something a sensible federal government would want to encourage.

You know the judge knows that no matter how she decided, it was going up on appeal - and now it goes up with illegal aliens getting protection - until either the Supremes rule or the next amnesty act passes.