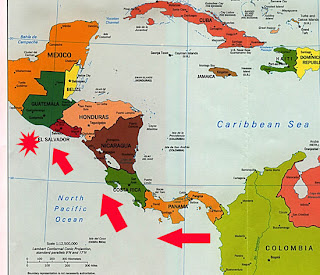 
GUATEMALA'S navy captured a makeshift submarine loaded with five tonnes of cocaine bound for the United States, the Guatemalan military said on Sunday. 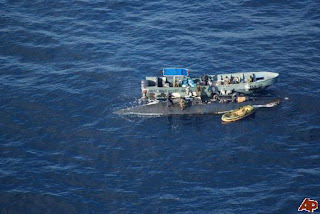 The navy, which was working with the US Drug Enforcement Administration on the operation, stopped the 17m vessel on Friday off Guatemala's Pacific coast and arrested four Colombian men on board.

'There was a sleeping compartment, another (compartment) for the engine, and a third for cargo which was full of cocaine,' armed forces spokesman Byron Gutierrez told a news conference. The four men were taken into custody by DEA agents.

Maps show Guatemala and drug sub possible routes as they follow the coasts up toward Mexico. Note the relatively shallow coastal shelf on the route on the map below: 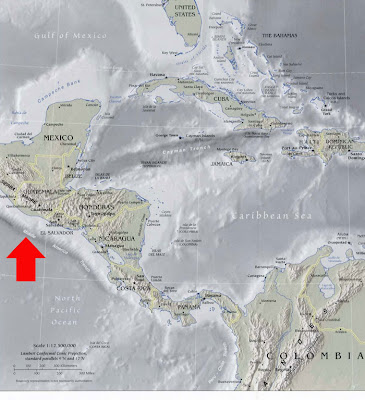