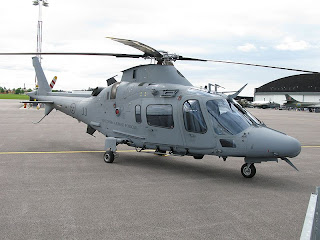 Perhaps an indication of low priority in stopping Somali pirates or something else, but the Swedes are talking about bringing home their two helicopters from the Somalia area as reported here:


The helicopters are currently based on HMS Carlskrona, which is the headquarters ship for the EU’s anti-piracy forces in the region. The helicopters increase the range of the Swedish forces by 70 percent.

They are being brought back to Sweden to participate in the Nordic Battlegroup, an EU naval force composed of Nordic countries and Ireland. The force will be on standby from 1st January 2011, but could be sent anywhere in the world at short notice after that.

Military chiefs say the decision to remove the helicopters from Somalia is due to a lack of resources, but Defence Minister Sten Tolgfors has now questioned that decision...

More on the Nordic Battlegroup here.