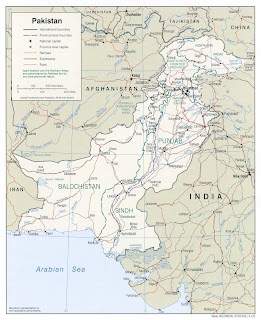 Reported here, a report of a coalition navy in action:

On Wednesday, the crew of the Halifax-based frigate HMCS Charlottetown turned over a boatload of booze smugglers to Pakistani authorities. Convictions for selling alcohol in the Muslim country can result in imprisonment and caning.

That possibility of caning is an issue for one MP:

Canadian sailors handing people over to a country where they could be caned raises serious questions, said Peter Stoffer, the New Democrat MP for Sackville-Eastern Shore.

"Alcohol is strictly forbidden in Islamic countries. They’re quite strict on that and people know what the rules are," Mr. Stoffer said. "But yet we arrested them, so they’re technically our prisoners and we wouldn’t do that to people in our own country. So I would say that Canada, before turning them over, should get the assurances that they won’t be physically beaten or caned or anything of that nature."

It’s "too late now" to extract that kind of promise from Pakistani authorities for the smugglers who were handed over Wednesday, he said.

"But I would say, in future, if that happens, that the guys should say very clearly that, ‘Look, we caught these guys doing it. We’re going to hand them over to you. Just don’t beat them up,’ " Mr. Stoffer said.