Following up on yesterday's episode in the Strait of Hormuz with its attendant "Did not, did too" bickering amongst the players:

Iran's Foreign Ministry spokesman Mohammad-Ali Hosseini on Monday played down the incident, saying it was "something normal", the official IRNA news agency reported.

"It's something normal and takes place every now and then for each party, it has been resolved when the two parties identified each other," Hosseini was quoted as saying.

"The new case was similar to the past cases, it's regular and natural," he added.

Meanwhile, a Revolutionary Guards official also said "there was no unusual confrontation between Iranian patrol boats and U.S. vessels."

The Guards boats were patrolling in the Strait of Hormuz when they saw three U.S. ships there and "routinely asked the ships to identify themselves," he told state television.

"They (the U.S. ships) did so and continued their path," the Guards official added.

In any event, some minor items of reference:

First, a map with some of the Iranian military ports/ areas noted: 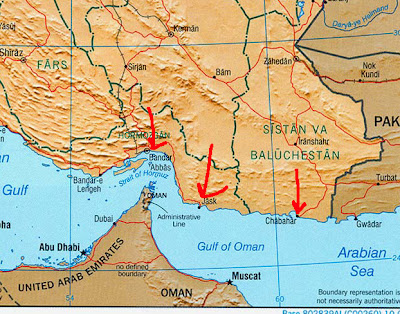 Second, a close up of the Strait with red circles around Bandar Abbas and the island of Qeshm. 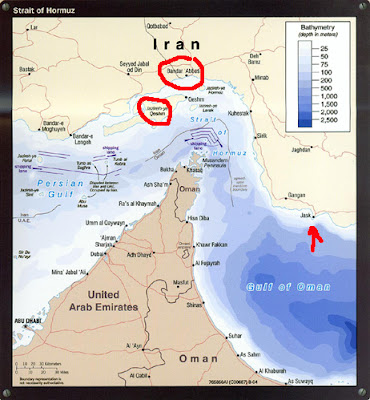 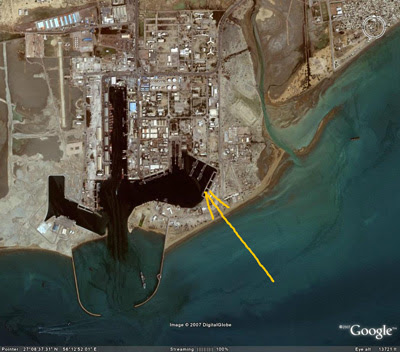 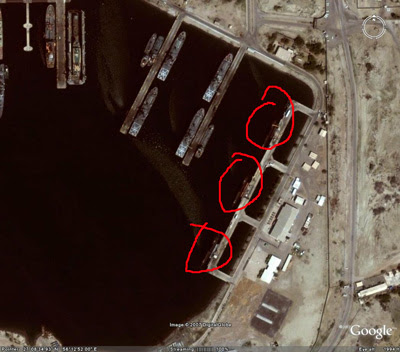