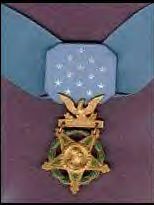 
On that ridge in Afghanistan, Salvatore Giunta could not save his sergeant. But he did deprive the enemy of its victory—and death of some of its sting. In that same "60 Minutes" segment, a fellow soldier (who earned a Silver Star in the same firefight) put it this way. "The last thing Brennan ever saw was us," says Sgt. Erick Gallardo. "You know, he saw us fighting for him. . . . We fought for him and he's home with his family now because of that." It's a soldier's gift. Because of Sgt. Giunta, the family of Josh Brennan know that when their loved one breathed his last, he did so knowing he was among friends willing to put their own lives at risk for him.

It was not why he was there, but it is the reason he is a hero.

From a review of Sebastian Junger's book War:


An eight-man squad caught in a Taliban ambush suffers 100 percent casualties. Their sergeant is mortally wounded. A team leader named Sal Giunta takes over and saves the unit from annihilation. The action appears chaotic but possesses an underlying choreography that requires each man to make "decisions based not on what's best for him, but on what's best for the group," Junger writes. "If everyone does that, most of the group survives. If no one does, most of the group dies. That, in essence, is combat."

He points out that while all animals defend their young and some their mates, only human beings are willing to die for a cause. And for these paratroopers, as for most warriors, their most cherished cause, maybe their only one, is each other. It is understood that each soldier will give his life for his comrades, if necessary.