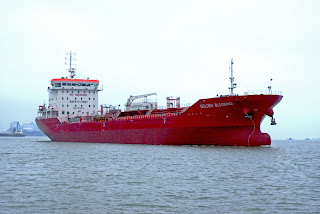 A Singapore-flagged cargo ship with 19 Chinese crew that was hijacked in June by pirates off the coast of Somalia has been rescued, the Chinese transport ministry said.

The MV Golden Blessing, a petroleum and chemical tanker, was travelling to India from Saudi Arabia when it was hijacked in late June, maritime authorities said at the time.

"The 19 Chinese crew and the ship Golden Blessing were rescued safely at 1:03 am Beijing time," the ministry said in a statement posted on its website on Saturday.

"The 19 Chinese crew are safe. At present, the Golden Blessing is heading to safe waters under Chinese naval escort."

The statement did not say how the ship had been rescued, or if anyone was arrested in the process. Calls to the transport ministry went unanswered.

Interesting. China may have flexed some muscles. Details when I get some.

UPDATE: Latest reports say this ship was ransomed - along with another - see here. And here. 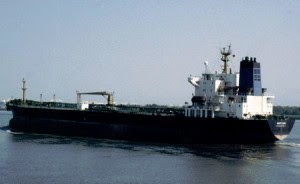 And here re the Samho Dream.