How Iran Says "Thanks"

The photo is a message from me to the FARS propaganda machine. 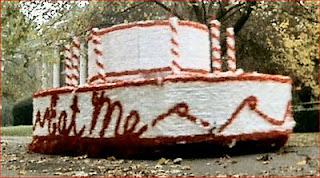 
According to a New York Times reporter who boarded the captured Al Molai with the US forces, the Iranian fishermen expressed great gratitude for their rescue, with one saying: "It is like you were sent by God."

But Iran's Fars news agency expressed suspicion about the operation, saying it was "like a Hollywood film" which "seems to have been pre-organised". (emphasis added)

"Fars" should be pronounced "farce."


UPDATE: Official Iran says "humanitarian" rescue, Fars gets caught in another misrepresentation here - read the last paragraph for the smack down.
Posted by Mark Tempest at 1/07/2012 12:18:00 PM

Email ThisBlogThis!Share to TwitterShare to FacebookShare to Pinterest
Labels: Iran, Iranian Disinformation, The War with Iran