Join us Sunday at 5pm (Eastern U.S.) to discuss the military budget as planning of the great diversion of money from the Department of Defense begins at Episode 106 Tough Choices Hard Budgets 01/15 . Or, as the Salamander put it 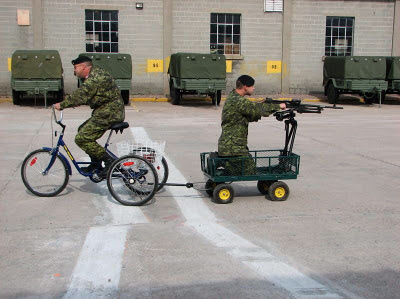 Many are sobering up to the fact that the military is about to face a budget challenge not seen in a generation. Especially those who have seen this movie before, a number know that this one has the potential to be the most challenging seen in over half a century.

For the full hour, our guest will be Col. Robert Killebrew, USA (Ret.)., using his article in the DEC Armed Forces Journal, Cutbacks and Crisis, as a starting point.

In addition to being a contributing editor at AFJ, mong the many other things he has done since retirement he writes and consults on national defense issues as a Senior Fellow at the Center for a New American Security.

Prior to his retirement from active duty he served for thirty years in a variety of Special Forces, infantry and staff duties. His assignments ranged included duty in Vietnam with MACVSOG, the Vietnamese Airborne Division, command in mechanized, air assault and airborne units, and staff positions in the Rapid Deployment Joint Task Force, as director of plans, XVIII Airborne Corps, special assistant to the Chief of Staff of the Army, command of a deployed joint task force and as an instructor in strategy and policy at the Army War College.
If you want to be ahead of the game in the growing budget battles, make sure and tune in this Sunday at 5pm EST or get the archive.