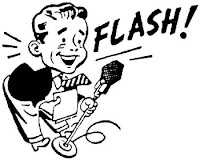 Most agree that our nation's national security focus needs to shift its weight towards the swath across the Western Pacific through the Strait of Malacca to the Northern Arabian Gulf.

We have started the same path in response to national budget and debt problems that started a decade ago in Europe; and the defense budget here as there will take the first hit.
Are we starting in the right direction - or are we in danger of inserting in to the equation a fundamental error?
Our guest for the entire hour will be returning guest and panel member, Bryan McGrath.
Bryan is the Founding Director of Delex Consulting, Studies and Analysis specializing in Defense and National Security issues, including strategy and strategic planning, executive communications, and strategic communications.

You can also find him online at Conservative Wahoo and Information Dissemination.
A retired Naval Officer, Bryan spent 21 years on active duty including a tour in command of USS Bulkeley (DDG 84), with his final duties ashore included serving as Team Lead and Primary Author of the U.S. Navy's 2007 Maritime Strategy; A Cooperative Strategy for 21st Century Seapower.