Gunmen mercilessly strafed at least 15 fishermen in a grisly massacre on the high seas off Basilan, with a police official saying investigation is under way to identify and hunt down the perpetrators.

Chief Superintendent Bienvenido Latag, director of the Autonomous Region in Muslim Mindanao (ARMM) regional police, said they are banking on the testimony of the three survivors of the attack that occurred at around 7 a.m. Monday some 10 nautical miles away from Basilan.
***
The initial conduct of the investigation revealed that a total of 18 fishermen were on board three fishing boats when gunmen on board three small watercrafts started shooting them some 10 nautical miles away off the Sibago Island in Mohammad Ajul town in Basilan. 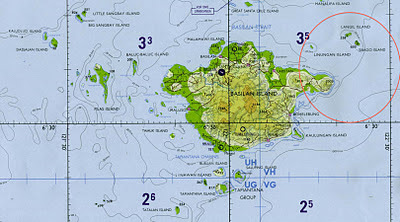 ***
Asked if the Abu Sayyaf is responsible for the attack as the area is known routes of the bandits in going to mainland Mindanao, Latag said it is early to point the blame to the group, saying it is also a possibility that sea pirates perpetrated the massacre.


Cabangbang told The Associated Press that the fishermen were probably attacked by a rival group of fishermen because they strayed into their fishing grounds. . . . "They were fishing in the turf of another group of fishermen from Basilan," Cabangbang said. *** One of the survivors told police that their group had been warned to stay away from the fishing grounds where the attack took place, ABS-CBN TV reported. Khu, the regional police official, said there was unconfirmed reports that the attacked fishermen were blamed by their rivals for destroying giant nets that they had set up worth about $3,500. Such nets are used for catching tuna, one of the Philippines' main exports.