Following up on an earlier post, Waiting for the "good" explanation, concerning a whole bunch of Patriot missiles found adrift on a the Thorco Shipping vessel MS Thor Liberty, it now seems that the South Koreans (a) have claimed the missile cargo and (b) want delivery.

As reported here, there will new protections provided for the vessel and its cargo as the way is went to the ROK:

One source said a British-registered ship, named Thor Liberty, has been authorized to leave the port in Kotka, southern Finland.

The ship, carrying 69 surface-to-air missiles from Germany to South Korea, was impounded there last month.

It sought safe harbor in Finland to avoid a typhoon. Local authorities, however, discovered that the vessel did not have proper transit documents for its shipment of missiles and other explosives, since it was not initially scheduled to make a stop there.

With the ship about to depart for South Korea after clearing administrative issues, safety concerns have emerged, the source said. 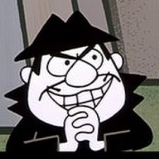 "Foreign news wires have reported that the ship has Patriot missiles, and it is possible that pirates and international terrorists could try to seize the ship," the source said. "The government has asked the U.S. to use their intelligence assets to help ensure safe travel of this ship."

The source said the U.S. is operating satellites monitoring situations in the Pacific Ocean and has installed long-range sea surveillance radars in Hawaii and other places.

Another source said the United States will begin real-time monitoring of suspected pirate ships around the planned route for Thor Liberty once the ship leaves Finland.

"I understand the U.S. also plans to dispatch their naval destroyer from nearby once a pirate ship or a suspected one moves closer to the cargo ship," the second source said.

Well, at least there is a plan.


I'm sure that if there are armed security guards on board the UK-flagged vessel as it transits pirate infested waters or other dangerous areas, those guards will be in full compliance with whatever guidelines Parliament may come up with in its efforts to clarify the use of deadly force on UK-flagged ships transiting with armed security guards (see here).