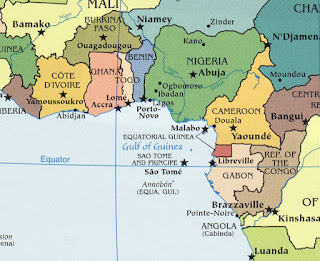 
The U.S. and some of its allies are considering plans to increase anti-piracy operations along Africa's west coast, spurred on by concerns that money from the attacks is funding a Nigerian-based insurgent group that is linked to one of al-Qaida's most dangerous affiliates.

Piracy in the Gulf of Guinea has escalated over the past year, and senior U.S. defense and counter-piracy officials say allied leaders are weighing whether beefed up enforcement efforts that worked against pirates off the Somalia coast might also be needed in the waters off Nigeria.