Join us this Sunday at 5pm (Eastern U.S.) for a different sort of discussion about the process of academic freedom and the intellectual preparation of of officer corps during our


How do we advance the intellectual development of leaders through Professional Military Education, the Naval War College, and else where?

What is the purpose and how are we trying to achieve the goals to best serve our nation? Are we doing it right? What are the trends, and what could we do better? 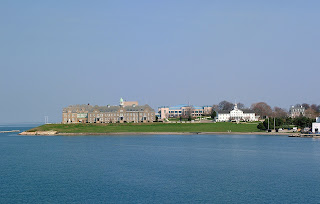 Our guest for the full hour to discuss this and more will be Dr. Joan Johnson-Freese, Professor of National Security Affairs at the Naval War College in Newport, Rhode Island. Her publications include: Heavenly Ambitions: America’s Quest to Dominate Space; Space As A Strategic Asset, and over 80 journal articles. She is a member of the Space Studies Board of the National Academy of Sciences, a Fellow of the International Academy of Astronautics, and a member of the Editorial Board of China Security. She has testified before Congress on multiple occasions, and is regularly interviewed by the media, including CNN, CBS, ABC, The New York Times, Reuters and the BBC, on space issues. She also teaches courses on Globalization and US National Security, and Space and Security, at Harvard Summer and Extension Schools.

Join us live here (or listen later or download it later from that same location) or from our iTunes page (perhaps, someday iTunes will catch up with our episodes).
Posted by Mark Tempest at 3/16/2013 08:40:00 PM