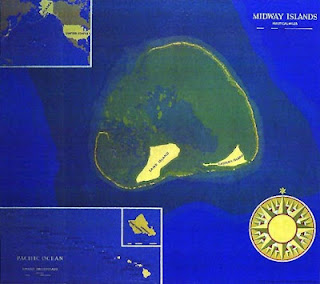 Was it the "turning point" in war with Japan over dominance in the Pacific? As set out in Battle of Midway: 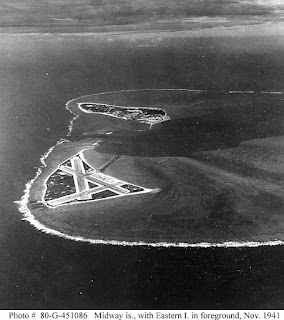 The Battle of Midway, fought over and near the tiny U.S. mid-Pacific base at Midway atoll, represents the strategic high water mark of Japan's Pacific Ocean war. Prior to this action, Japan possessed general naval superiority over the United States and could usually choose where and when to attack. After Midway, the two opposing fleets were essentially equals, and the United States soon took the offensive.

Why Midway? A tiny little atoll out in the middle of a great big ocean and - in the days before satellites - a key base for long range patrols essential for detecting threats approaching the Hawaiian Islands.


Midway was a vital "sentry for Hawaii", and a serious assault on it would almost certainly produce a major naval battle, a battle that the Japanese confidently expected to win. That victory would eliminate the U.S. Pacific fleet as an important threat, perhaps leading to the negotiated peace that was Japan's Pacific War "exit strategy".

As the 71st anniversary of Midway begins, it is a good time to reflect on the importance of the Pacific to the United States, both strategically and economically. 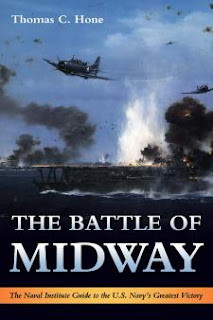 It was a great victory as we'll discuss here over the next few days . . . but the "greatest?"