MarineLink on the under-reported story of "shanghaied" fishing boat crews and a threat by the U.S. to do something:


Forced labor abuses play out on Thai-owned fishing trawlers each day. And the victims — typically destitute men from Myanmar or Cambodia lured by coyotes full of false promises — continue to wash ashore with accounts of torture and casual homicide, reports Global Post.
***
Though carried out on lawless seas, these crimes risk entangling supermarkets in America, where one in six pounds of seafood is imported from Thailand. 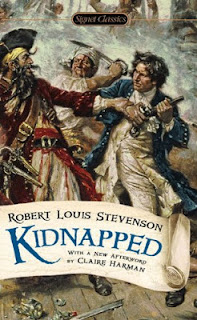 If you think slavery is a thing of the past, you have your head in the sand. You might note that until about 100 years ago (well after slavery was outlawed), the U.S. had similar practices for some of its merchant ships.

This sort of abuse goes right along with human trafficking scum who prey upon refugees and the sort of pirates who would attack refugees at sea - as was the case with the Vietnamese "boat people" back in the 1970s.

U.S. Department of State site on "Trafficking in Persons 2013 Report":


The TVPA* defines “severe forms of trafficking in persons” as:
***
b.  the recruitment, harboring, transportation, provision, or obtaining of a person for labor or services, through the use of force, fraud, or coercion for the purpose of subjection to involuntary servitude, peonage, debt bondage, or slavery.
***
This Report documents male forced labor victims who have been identified in a variety of countries and sectors: Central Asian men exploited in forced labor in Russia; West African boys forced to beg for corrupt religious teachers in Koranic schools; boys in forced labor in illegal drug production and transportation in the United Kingdom and Mexico. In South Asia, entire families are enslaved in debt bondage in agriculture, brick kilns, rice mills, and stone quarries. In South America and Africa, male victims of trafficking are exploited in agriculture, constructiohttp://www.state.gov/j/tip/rls/tiprpt/2013/210551.htmn, mining and logging, among other industries. The forced labor of men and boys from Burma, and Cambodia on Asian fishing vessels has been the topic of increased press coverage over the last year.


A report released by an international organization in January 2011 noted prevalent forced labor conditions, including debt bondage, among Cambodian and Burmese individuals recruited—some forcefully or through fraud—for work in the Thai fishing industry. According to the report, Burmese, Cambodian, and Thai men were trafficked onto Thai fishing boats that traveled throughout Southeast Asia and beyond, where they remained at sea for up to several years, not paid, forced to work 18 to 20 hours per day for seven days a week, and threatened and physically beaten. Similarly, an earlier UN survey found that 29 of 49 (58 percent) surveyed migrant fishermen trafficked aboard Thai fishing boats had reported witnessing a fellow fishermen killed by boat captains in instances when they were too weak or sick to work. As fishing is an unregulated industry region-wide, fishermen typically did not have written employment contracts with their employers. Men from Thailand, Burma, and Cambodia were forced to work on Thai-flagged fishing boats in Thai and international waters and were rescued from countries including Malaysia, Indonesia, Vietnam, and Timor-Leste. During the year, more than 150 Cambodian and Burmese victims were rescued from Thai fishing vessels in countries around the world, though this represented only a fraction of the total number of Southeast Asian men believed to be trafficked onto fishing boats. In early 2013, an organization that assists victims in Cambodia assessed this form of trafficking was rising. Cambodian and Burmese workers are increasingly unwilling to work in the Thai fishing industry due to dangerous work conditions and isolation, which makes them more vulnerable to exploitation; the Government of Thailand announced plans during the year to import Bangladeshi workers to fill the labor shortage this has caused. During the year, there were reports that some Rohingya asylum seekers from Burma were smuggled into Thailand en route to Malaysia and ultimately sold into forced labor, allegedly with the assistance of Thai civilian and military officials.

While I am innately suspicious of reports from many "international organizations," the allegations of this section seem to be supported by more than one source. An older report:


Growing evidence drawn from the testimonies of escaped fishermen affirms that DSFI trafficking victims routinely spend a year or more at sea on fishing vessels that operate in the far reaches of the South China Sea and Indian Ocean, beyond the territorial jurisdiction of Thailand. Boats rarely return to port to offload their catch, leaving little scope for regulatory oversight or inspection by Thai authorities. While working conditions vary from vessel to vessel, research conducted by the International Labor Organization (ILO), the Mirror Foundation, and other organizations suggests that a significant percentage of the men and boys trafficked to Thai ships are subject to round-the-clock working hours, cramped quarters, poor nutrition, low wages, debt bondage, physical abuse and intimidation, and other hardships that amount to virtual enslavement. Some trafficking victims reportedly meet violent deaths if they become too ill to work or demand to be released. For example, a 2009 United Nations Inter-Agency Project on Human Trafficking study reported that half the members of a group of Cambodian DSFI trafficking victims surveyed had personally witnessed the execution of fellow crew members.

And an NPR report, "Confined To A Thai Fishing Boat, For Three Years" with its follow-on here.

Another of many reasons to support local aquaculture for food fish. Or to demand that the seafood company whose products you buy certify that its crews are all at sea (or wherever) voluntarily.

Why the Kidnapped cover? You may recall the hero was taken by force on a ship to be sold into "servitude."