Things I have been waiting for: "Obama sex assault comments 'unlawful command influence'" 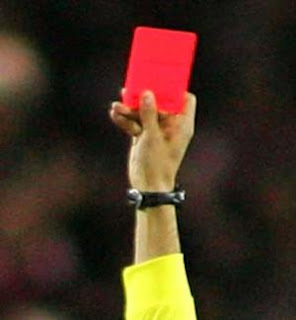 A recognition that the Commander in Chief is stacking the deck against fair trials. From Stars and Stripes: Judge: Obama sex assault comments 'unlawful command influence':


Two defendants in military sexual assault cases cannot be punitively discharged, if found guilty, because of “unlawful command influence” derived from comments made by President Barack Obama, a judge ruled in a Hawaii military court this week.

Navy Judge Cmdr. Marcus Fulton ruled during pretrial hearings in two sexual assault cases — U.S. vs. Johnson and U.S. vs. Fuentes — that comments made by Obama as commander in chief would unduly influence any potential sentencing, according to a court documents obtained by Stars and Stripes.

President Obama needs to learn to show some speech discipline.

BZ to Commander Fulton for having the guts to issue such a ruling.

Undue command influence is pernicious and this president has shown a repeated failure to restrain himself from commenting on things best left to the judiciary. However, he seems to have a never-ending need to pander to various interest groups.
Posted by Mark Tempest at 6/15/2013 12:01:00 PM