Humor and the military - the two things are vitally linked but every now and then you need a reminder.

For example, there is this photo of an LCAC entering a well deck: 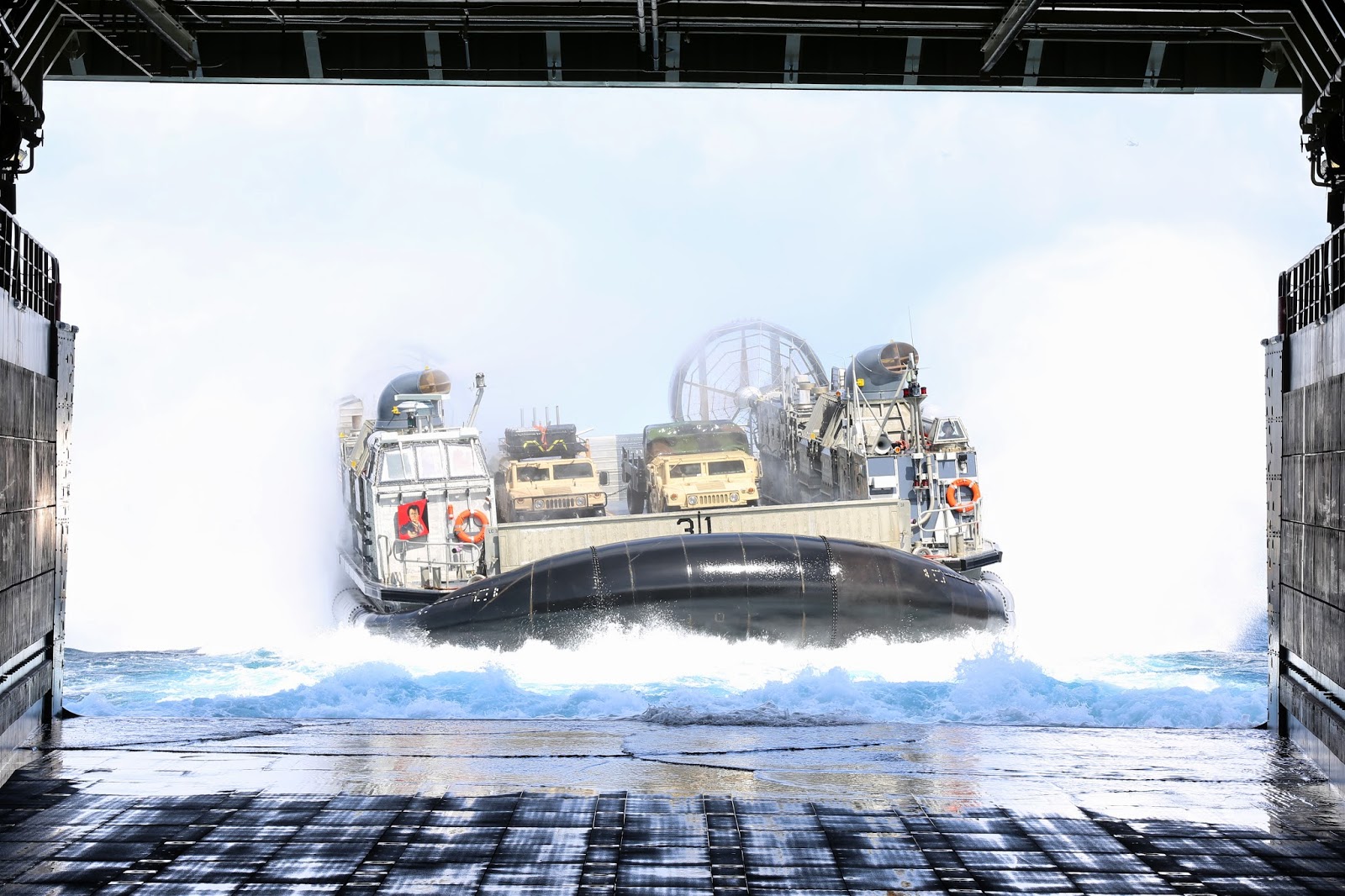 But wait - there's more. If you look at the left side of the picture, there's a red flag ("B" or "Bravo" flag meaning "I am taking in, discharging, or carrying dangerous cargo") with something on it. So, when you zoom in on that flag, you see this: 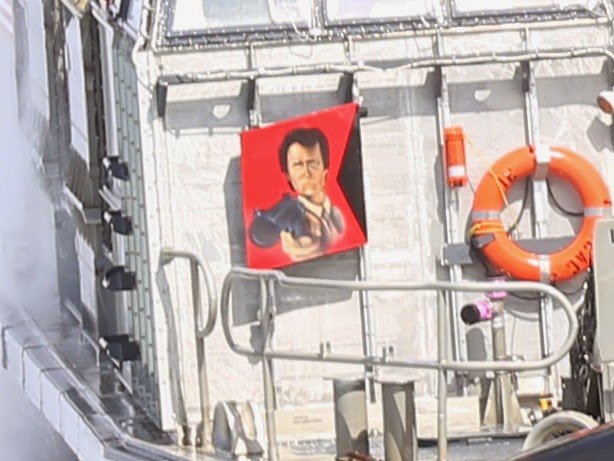 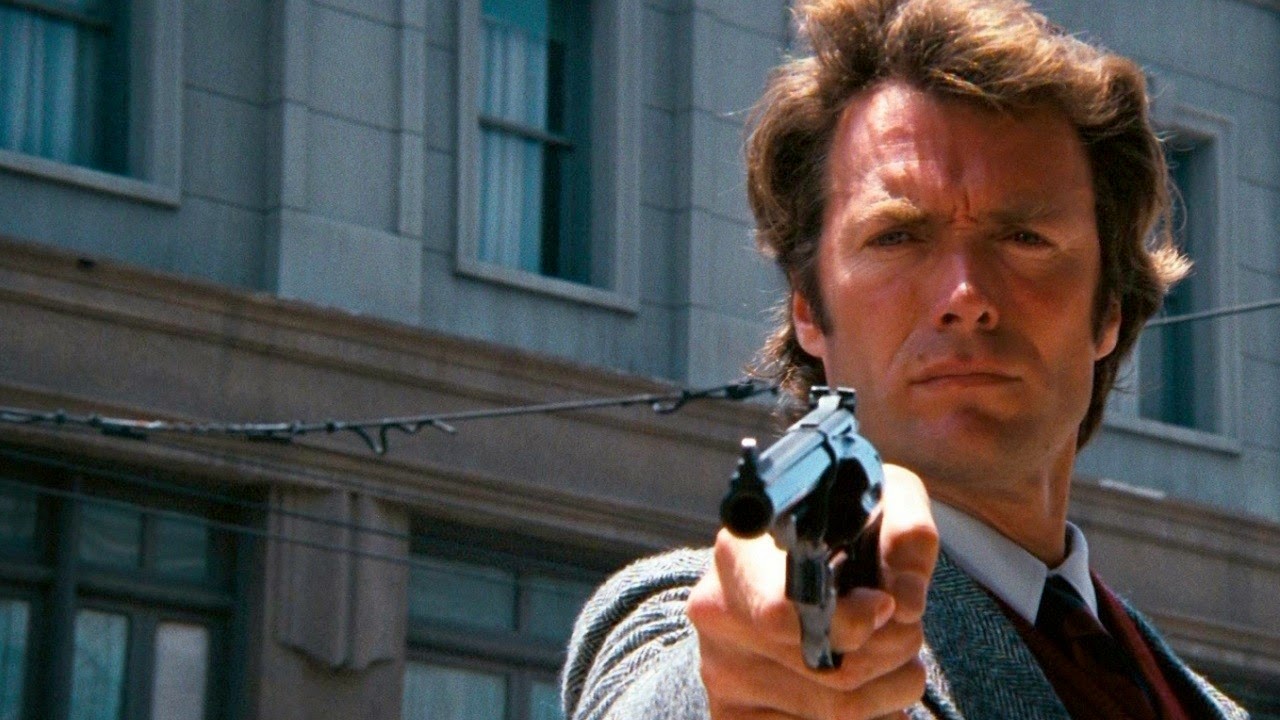 Made me laugh. Reminded me of the great sailors of the U.S. Navy who manage to do things that stagger your mind and make it personal in what too many of us think of as an impersonal, lockstep military world. So, unknown LCAC master and Phibron boss, BZ for allowing some modern "nose art." And thanks for the laugh this morning. 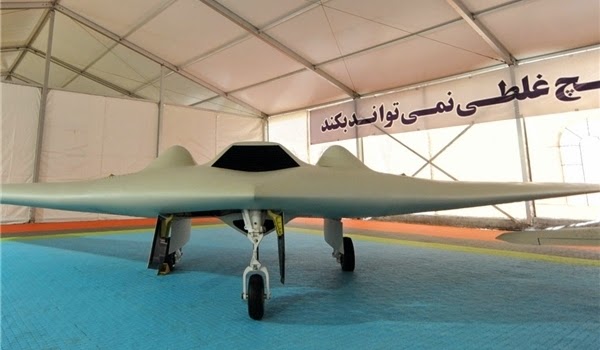 Another bit of humor from the USNI News site "Iranian Copy of U.S. Unmanned Stealth Aircraft is a Fake":


However, unlike the original U.S. version of the aircraft, the Iranians claim their version of the Sentinel is armed—and designed to engage U.S. Navy warships at sea. Sources with knowledge of the RQ-170 design dismissed the Iranian copy as a crude mockup.

“It seems their fiberglass work has improved a lot. It also seems that if it were a functional copy, versus a detailed replica, it wouldn’t necessarily have the exact same landing gear, tires, etc,” said one source with familiar with the RQ-170.
“They would probably just use whatever extra F-5 parts or general aviation parts they had lying around.”

I have to hand it to the the Iranian disinformation group, they certainly keep trying hard. 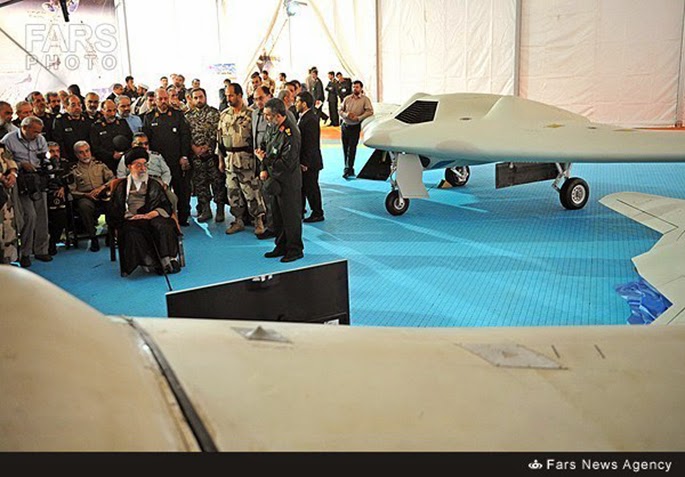 If you missed some of the original reporting of Iran's coup in reverse-engineering, here are a couple of samples: (a) The Sydney Morning Herald and (b) International Business Times. The original FARS news report is here:


IRGC experts said the Iran-made RQ-170, similar to its original model, will be able to conduct surveillance and reconnaissance missions, but it has been equipped with the bombing capability as well to be able to carry out a wider range of missions.

The highly-advanced radar-evading US RQ-170 was downed by the IRGC in Western Iran more than two years ago and its indigenized model developed by Iranian experts through reverse engineering was among the most important sections of the exhibition.

The US army uses the drone for reconnaissance missions but the IRGC Aerospace experts have equipped the Unmanned Aerial Vehicle (UAV) with bombing capabilities, enabling it to operate as a bomber aircraft against the US warships in any possible showdown between the two countries.

Okay, suppose the Iranians really have reverse-engineered the RQ-170? And added a "bombing capability?" While maintaining the same aircraft profile? Then, well, wowsers, they are so good we should be trembling.