A revival of an old sea robber locale off Singapore and Indonesia reported at Shiptalk: "New Smash and Grab Hotspot":


An Indonesian island just off Singapore has become the epicentre of a new epidemic of SE Asia piracy attacks.
Three vessels were attacked within the space of a week off the Indonesian island of Bintan, according to security consultants.

As can be seen on the nearby ICC IMB Live Piracy Map, the area around in the vicinity of Singapore has been busy all year. These are not ship hijackings, but rather mostly theft and armed robbery efforts (and most often the arms are knives). Because these attacks are located in the internal waters of one of the countries in the area they are not "high seas piracy" but rather the local crime of "sea piracy."

Meanwhile further up the South China Sea, the drumbeat of China irritating the neighborhood goes on, as well reported at USNI News: "New Chinese Outpost Riles The Philippines" by Carlo Muñoz:


A new Chinese military outpost located in the South China Sea is again inflaming tensions between Beijing and and its regional neighbors in the Pacific.


On Thursday, Manila released aerial surveillance photos of the small facility, located on the on the Johnson South Reef in the hotly-contested international waterway, according to recent reports.

Those photos are available here. They are a series of photos taken from March 2012 to March 2014 and appear to show the building of an island through use of dredged materials. 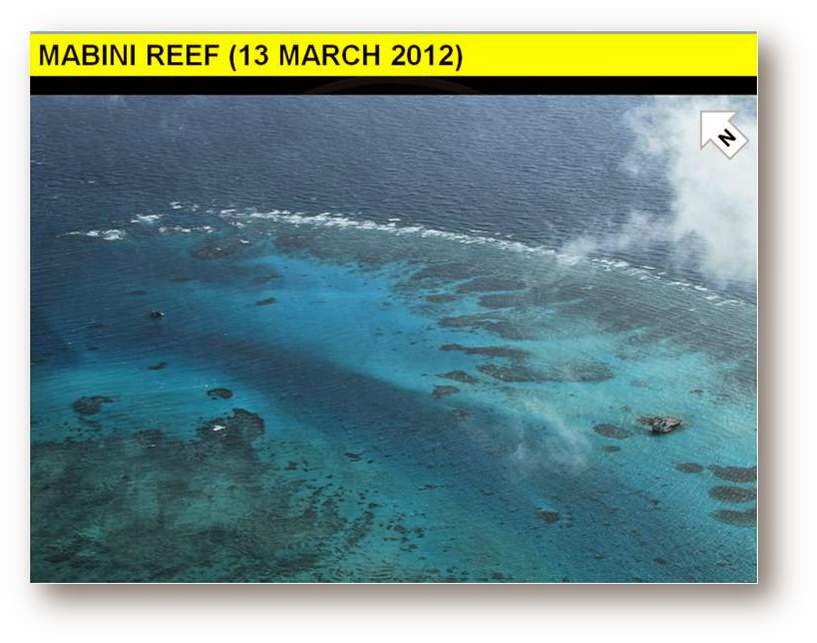 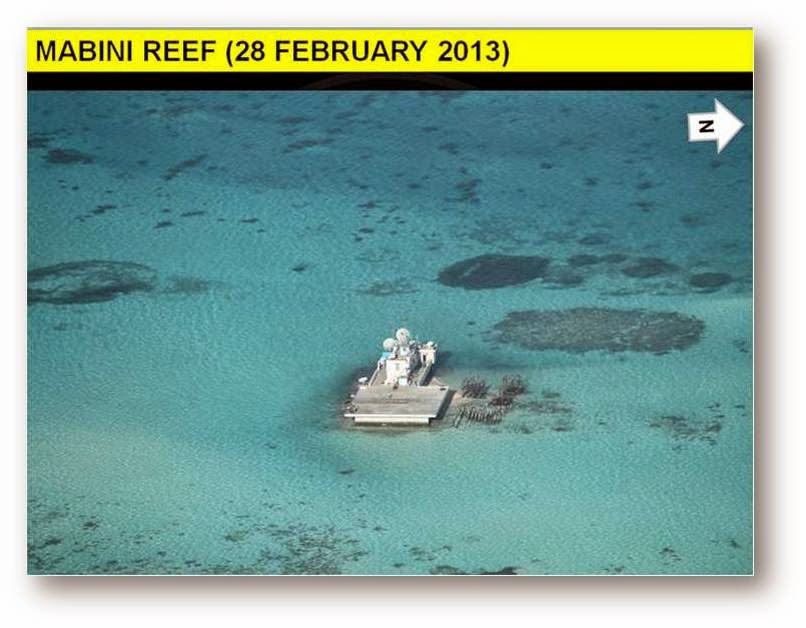 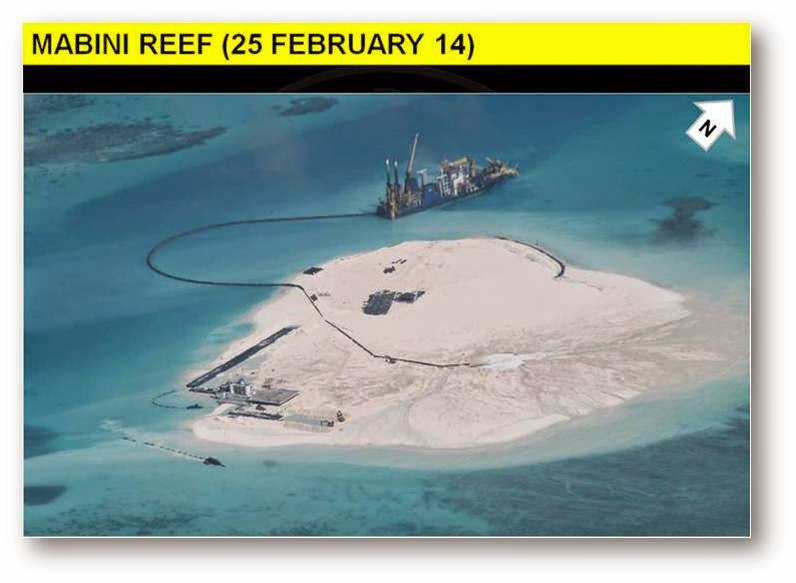 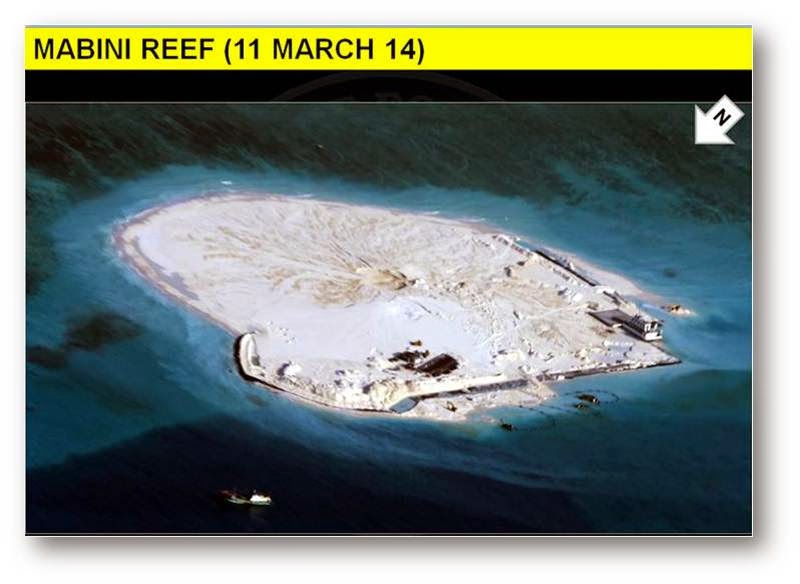 
15 May 2014 - This series of photographs, which were released by the DFA and gathered from Philippine intelligence sources, shows in stages the extensive reclamation by China on Mabini Reef (Johnson South Reef). These actions are considered destabilizing and in violation of the Declaration on the Conduct of Parties in the South China Sea (DOC) and international law. Mabini Reef is part of the Kalayaan Island Group (KIG) which is part of Philippine territory.