South China Sea: China and Vietnam Heat Up the Waters 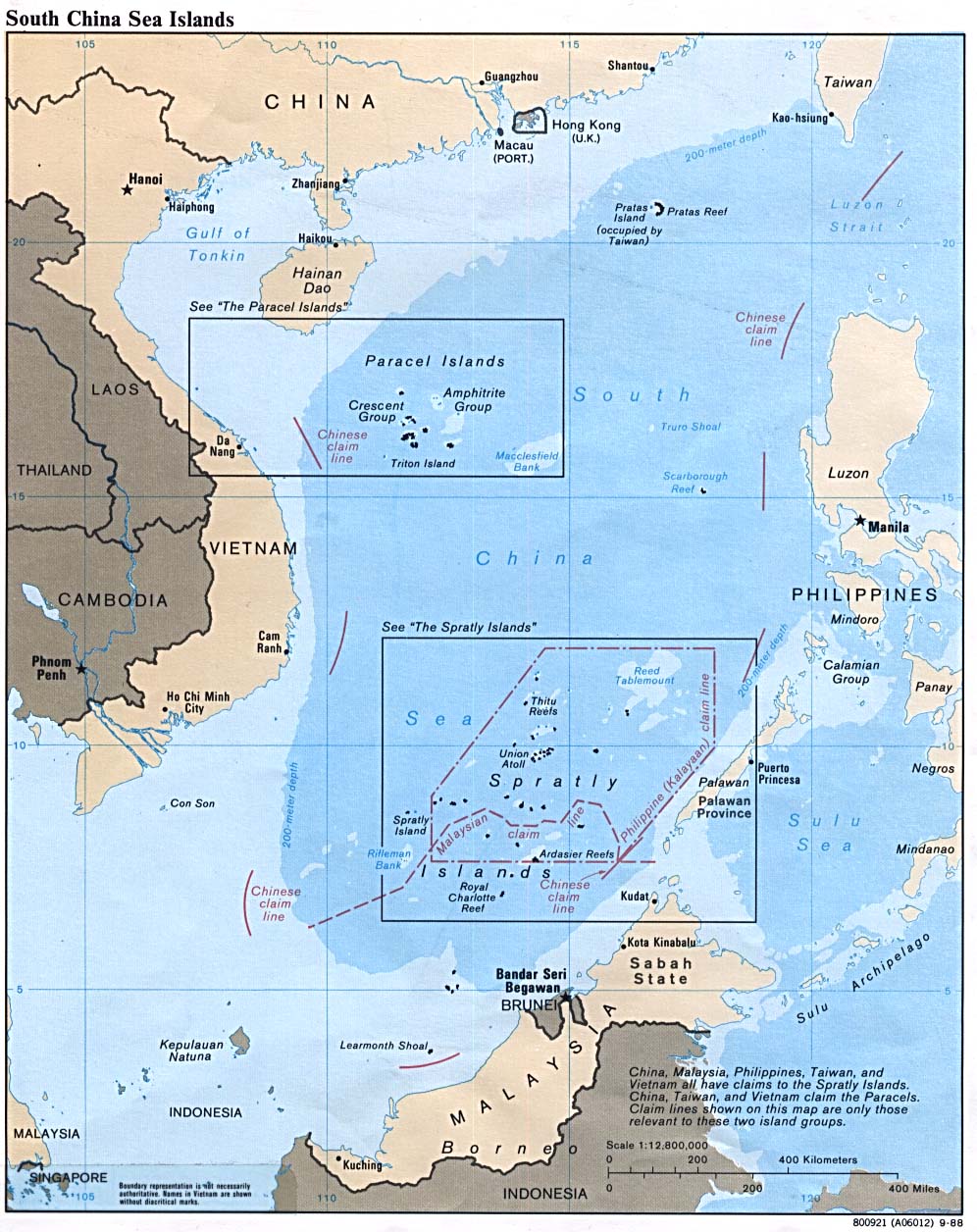 Vietnam said on Wednesday a Chinese vessel intentionally rammed two of its ships in a part of the disputed South China Sea where Beijing has deployed a giant oil rig, sending tensions spiraling in the region.

"Chinese ships, with air support, sought to intimidate Vietnamese vessels. Water cannon was used," he told a news conference in Hanoi. Six other ships were also hit, other officials said, but not as badly.

Dozens of navy and coastguard vessels from both countries are in the area where China has deployed the giant rig, Vietnamese officials have said.

"No shots have been fired yet," said a Vietnamese navy official, who could not be identified because he was not authorized to speak to media. "Vietnam won't fire unless China fires first."


By the way, this may not the first time that Vietnam and China have had a set to over an offshore oil rig. Way back in 1983, there was tension between the two countries over off-shore drilling. The clipping to the left reports on part of the issue.

UPDATE: You can review the pdf of the U.S. Coast Guard report on the loss of Glomar Java Sea here. Some of you may recall there were questions of whether a Vietnamese vessel had rammed the vessel at some point, perhaps weakening its hull and contributing to its loss. There were also reports that some of the crew had been taken ashore. The CG report addressed some of these issues at page 19:

UPDATE2: Vietnam's side of the story:

The information was released by Rear Admiral Ngo Ngoc Thu, vice commander of the Viet Nam Marine Police at the international press conference in Ha Noi on Wednesday afternoon.

He said that Chinese ships intentionally crashed into and caused damages to the vessels of the Vietnamese marine police and fisheries surveillance force right in Viet Nam’s exclusive economic zone and continental shelf though the Vietnamese forces exercised restraint over the perverse acts of Chinese ships. 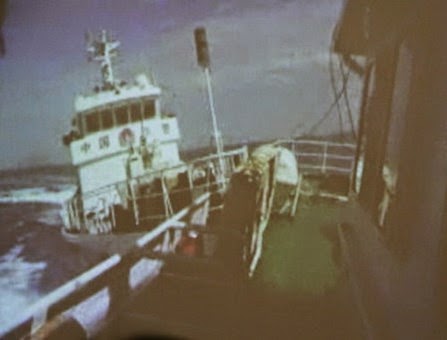 The rear admiral also showed footage provided by the Vietnamese fisheries surveillance force of a Vietnamese boat being besieged by Chinese ships during a clash. Mr. Thu said six Vietnamese people have been injured.

Speaking at the press conference, Spokesperson of the Vietnamese Ministry of Foreign Affairs Le Hai Binh said that China’s acts violate Viet Nam’s sovereignty and jurisdiction over the Southeast Asian country’s exclusive economic zone and continental shelf as stipulated in the 1982 UN Convention on the Law of the Sea. 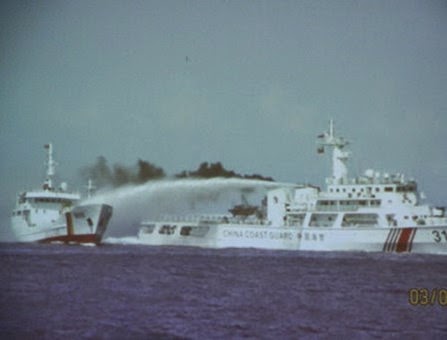 Earlier on May 6, Deputy PM, FM Pham Binh Minh made a phone call to Chinese State Councilor Yang Jiechi after China illegally deployed a drilling rig and vessels in the oil and gas lot 143 belonging to Viet Nam’s continental shelf since May 1.

Deputy PM, FM Minh stressed that China’s unilateral deployment of the drilling rig HD-981 and a large number of vessels, even military ones, in this area is illegal, runs counter to the international law and practices, seriously violates Viet Nam’s sovereignty over Hoang Sa archipelago and sovereign right and jurisdiction over Viet Nam’s exclusive economic zone and continental shelf.

This act negatively impacts mutual political trust and cooperation aspects between the two countries and hurts the Vietnamese people’s sentiment.

Viet Nam cannot accept and resolutely protests the China’s act and demands China totally withdraw the drilling rig HD-981 as well as escort vessels from this area, together with Viet Nam to join talks to handle the related differences.