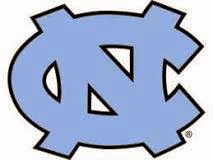 What follows may seem unrelated to either maritime or national Security but it is of some importance to our culture and to our national character.

As an alumnus of the University of North Carolina (and the father of two other UNC grads), it seems to me that one result of the recent  academic scandal ought to be a serious re-thinking of the place of athletics in the academic world.

I have enjoyed Tar Heel basketball and football over the years and rooted for the soccer teams, cheered on baseball, lacrosse and field hockey. But . . . I long have been dismayed by the incredible emphasis placed on the major sports.  This emphasis has turned these teams into minor leagues for professional sports while increasing the opportunity for corruption and misguided efforts of boosters to "help" the university field better teams.

In fact, according to the Wainstein Report on the scandal,  much of the most recent UNC academic fraud seems to rest at the feet of a relatively low level employee - who was also a major Tar Heel fan- to "assist" various sports teams by aiding and abetting puny/phony academic effort:


Despite her love for the University, she often told people that she had a difficult experience during her student years at Chapel Hill, feeling that she was left adrift by a faculty and staff that focused on “the best and the brightest” and failed to pay attention to students like herself who needed direction and support. Because of that experience, Crowder felt a strong affinity for students with academic or other challenges in their lives. She believed it was her duty to lend a helping hand to struggling students, and in particular to that subset of student-athletes who came to campus without adequate academic preparation for Chapel Hill’s demanding curriculum.

From such a tiny acorn of "good intentions" the road to hell so often is paved.

That there were other aiders and abettors who allowed academically poorly prepared athletes (a) into the university in the first instance, (b) fostered an environment in which minimal "athletic eligibility" became more important that raising these athletes to the level where they were capable of doing the work expected of other students at the university and (c) those who looked the other way in order to maintain some level of "plausible deniability" as to their own knowledge of this scheme is a major issue.

Somewhere there ought to be a special roasting pit for those who have allowed the concept of "1 and done" to flourish. If the NBA/WNBA want to take 17, 18 or 19 year old kids and let them mature before allowing them to play with the big people - well, let the NBA and WNBA fully open its "minor leagues" to those young men and women and stop this travesty of pretending that this current plan is in the best interest of anyone except certain college coaches. I don't think it hurt Madison Bamgarner much that he was able to be draft by Major League Baseball without having to pretend to be a college student.

In fact, it's that "pretending" that makes me most angry. We end up "pretending" that some of our college athletes are "students" because we "pretend" they are qualified or even interested in being in college and then allegedly create an elaborate support network to "pretend" they are getting the help they need to balance their athletic lives with the demands of their sports.

Face it, college is not for everyone. And among those who are fit for college, athletes are not the only ones with time issues. What's the level of support for the kid working his/her way through college by working part or full time and squeezing school in when time and money permit? You know, the one who didn't get a full scholarship (that includes room and board and tutors) to a great university and doesn't want to drown in debt to get a degree? My neighbor, a Korean war vet, took something like 8 years to graduate from Virginia Tech because he worked to get the money for school and to support his family along the way. Not a hero in battle, perhaps, but if I was one of his kids who had better lives because of his efforts to improve himself, I would be very humbled. Heck, I'm just his neighbor and I'm humbled. 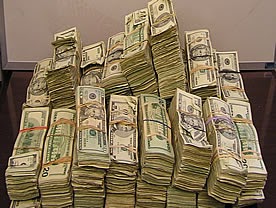 In order to truly work through this issue, you have to look to the "big money" that has brought this corruption into the house of academia. A great deal of that money flows from the television networks which pay billions to provide coverage of college football and basketball. More comes from the purveyors of athletic attire and shoes. The late William C. Friday, once President of the UNC system was prescient when he said (William Friday: Power, Purpose, and American Higher Education:)


"No one who has an interest in college sports can fail to see the power of money."


"to ensure that intercollegiate athletics programs operate within the educational mission of their colleges and universities."


As Chairman James Knight said at the time, “We have a lot of sports fans on our board, and we recognize that intercollegiate athletics have a legitimate and proper role to play in college and university life. Our interest is not to abolish that role but to preserve it by putting it back in perspective. We hope this Commission can strengthen the hands of those who want to curb the abuses which are shaking public confidence in the integrity of not just big-time collegiate athletics but the whole institution of higher education.”

We saw this as a goal worthy of a foundation which identified higher education as one of its primary interests, for the abuses in athletics programs had implications reaching far beyond football stadiums and basketball arenas.

In a cover story shortly before the Commission was created, Time magazine described the problem as “an obsession with winning and moneymaking that is pervading the noblest ideals of both sports and education in America.” Its victims, Time went on to say, were not just athletes who found the promise of an education a sham but “the colleges and universities that participate in an educational travesty -- a farce that devalues every degree and denigrates the mission of higher education.”

Only now it is 24 or 25 years later and we are still in the same boat. Academic integrity has been sold - not in a big money way, not in point shaving, not in a "big bang" of corruption, but instead eroded away in little chunks, piece by piece, bit by bit by both misguided "fans" and those who may have profited from either encouraging the erosion by action or inaction. Big money for coaches, big profits for networks.

Quite frankly, I would rather watch college teams full of students who plan to go on to become doctors, dentists, lawyers, accountants or whatever who play for the love of the sport and a degree. I'll even accept good athletes who seek majors in sports management or Exercise and Sport Science - but I would prefer they earn those degrees.

What to do? Go Ivy League and not offer purely athletic scholarships? Raise minimum GPAs to participate in varsity sports? Put players on athletic probation for not performing in the classroom?

Did the University of Chicago do the right thing when it killed its successful  intercollegiate football program in 1939? Interesting thoughts here:


“In many colleges, it is possible for a boy to win 12 letters without learning how to write one,” Robert Maynard Hutchins, the university’s president, had written acidly of sports in The Saturday Evening Post. He particularly disparaged football, deriding as myth the idea that the game produced men of good character or instilled a sense of fair play. Indeed, for a college to be a success on the field, he said, it must be something of a scoundrel beyond it.

Seventy-two years later, what Hutchins called the “infernal nuisance” of college football is troubling more university administrators than ever. Ohio State, Miami, Southern California, North Carolina and on and on: it is as if global warming were affecting the number of big-name colleges in hot water.

But, now, football is back at Chicago - at a lower level:


In 1969, football returned as a varsity sport, oddly enough during the Vietnam War era when many rebellious students were comparing blocking and tackling to bombing and strafing.

Since then, the game has been thriving on its own measured terms in N.C.A.A. Division III, free of the highest level of competition. Winning is a preference and not an obsession. Players, though zealously recruited, are not given athletic scholarships. Championships are won but little noticed.

So, can a major public state university do what private Chicago did and move down levels to something like Div III, or is the money way too big?

Somewhere between the Ivy League and Division III the answer lies.

In the meantime, I may cut the cable TV (as my personal protest against big money to college sports) and focus on the smaller, less tainted sports and those "club" sports like UNC Rugby where professionalism seems not to have taken over.

But is there a connection to national security and maritime security? CDR Salamander has thoughts on some athletic recruiting issues at the military academies at The Moral Warping of D1 Sports Shows its Head Again. Along those lines, think about these words from here:


If the institution and their supporters are prepared to wink at -- if not also to participate in -- cheating against the rules by athletes, can the schools stand against cheating anywhere else?

Is it OK for students to cheat in class? Does anybody want to be represented by a lawyer who cheated to get through law school -- or to be operated on by a surgeon who had to cheat to pass the medical school exams?

Can colleges and universities continue their traditional posture of upholding the highest values of personal character and integrity when they themselves display so little of either?

Well, what level of cheating are you willing to accept as our national standard?

Are such things related to the false representations so prevalent in the political ads for people seeking high offices in our government?

What is the standard we accept as "okay" for our military leaders as they discuss our security needs?