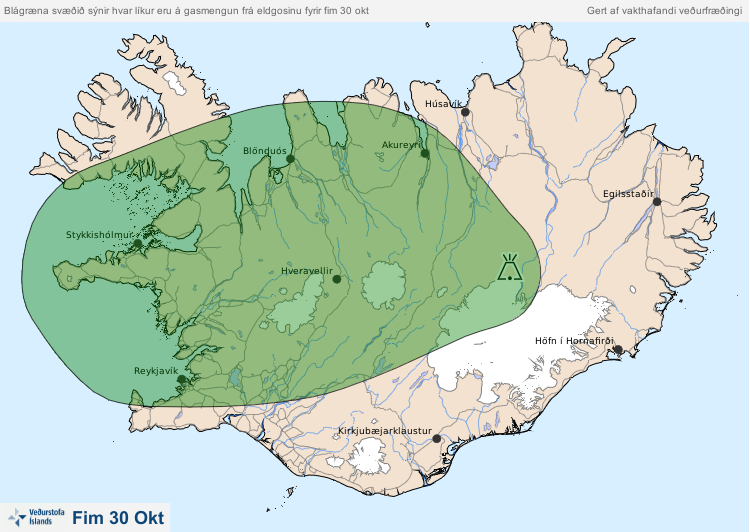 
For eight weeks, lava has been spurting out of a fissure in the ground radiating from the Bárðarbunga volcano, about 250 kilometers from Reykjavik. Sulphur dioxide has been spurting too — 35,000 tons of it a day, more than twice the amount spewing from all of Europe’s smokestacks.

Time to shut nature down! 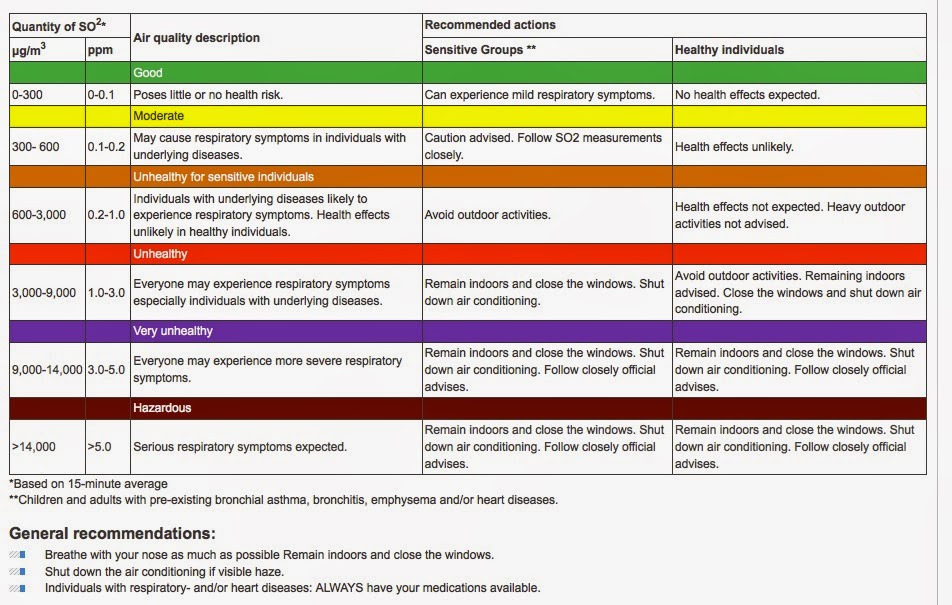 
In 1986 when the eruption of Kilauea Volcano changed from the episodic fountaining of lava and gas at Pu`u O`o cone every few weeks to the continuous outpouring of lava from a new vent only 3 km away, the volcano began releasing a large, steady supply of sulfur dioxide gas into the atmosphere. During the episodic activity, enough time elapsed between fountaining episodes for the prevailing trade winds (brisk winds from the northeast of Hawai`i) to blow volcanic gas away from the island. When the eruption style changed, however, the daily release of as much as 2,000 tons of sulfur dioxide gas led to a persistent air pollution problem downwind.

Effects of the release of SO2 includes acid rain.


The most significant climate impacts from volcanic injections into the stratosphere come from the conversion of sulfur dioxide to sulfuric acid, which condenses rapidly in the stratosphere to form fine sulfate aerosols. The aerosols increase the reflection of radiation from the Sun back into space, cooling the Earth's lower atmosphere or troposphere. Several eruptions during the past century have caused a decline in the average temperature at the Earth's surface of up to half a degree (Fahrenheit scale) for periods of one to three years.

So, I guess that is, to some minds, a good thing, then.  Perhaps not the acid rain part, but the counter to global warming part.

Which reminds me - it's a probably a bad idea to build your house down hill from an active volcano. See Pompeii, for example.

Email ThisBlogThis!Share to TwitterShare to FacebookShare to Pinterest
Labels: Nature Strikes Back