U.S. Navy celebrates its 239th birthday. As usual, most of its sailors are at sea fighting the nation's battles or getting ready to do so. As the saying goes, ships don't make the Navy, its sailors do . . . 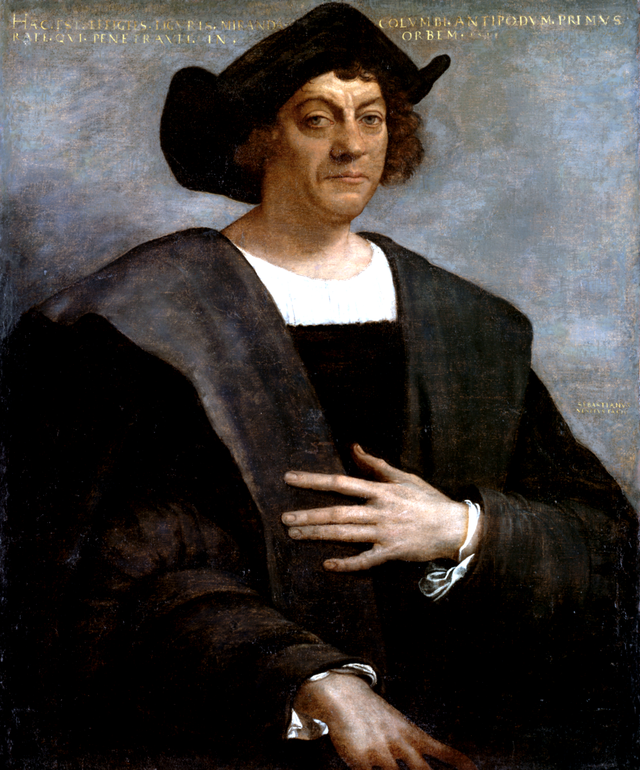 Disputes over who "discovered America" aside, it's pretty clear that the exploration and development of the Americas was driven by the historic voyages of Christopher Columbus, who hit the shores of the Caribbean in 1492.

There are some that seem to believe it is fair to judge Columbus and those who followed by the standards of today in terms of his impact on those present in these lands when he arrived. Was he simply a "brutal colonizer whose arrival brought misery and death to millions through war, slavery, and disease"
or the man, regardless of his personal motives, who paved the way for the establishment of new countries which, in time brought to fruition the ideas of individual rights, governments "of the people" instead of monarchies and places where the "huddled masses" could come to get out from under the yoke of oppression? How many millions of lives were saved by his actions and how do they balance the things which followed in his wake - and which were considered "normal" in his day? As stated in this defense of Columbus:


'Columbus didn't start slavery,'' said Mr. Connell. ''He brought the entrepreneurial form of slavery to the New World. It was a phenomenon of the times. With all great figures of the past, we need more understanding, critical understanding that sees the person's flaws and the inaccuracies and myths that have arisen around him, but we shouldn't forget the tremendous changes that they created.''