Join Us for Midrats 26 Oct 14 at a Special Time for Episode 251, "DEF2014 wrapup, and the budding question of veteran entitlement", starting at 6:30pm EST

Yes, we are time shifting for this coming episode of Midrats to 6:30pm on Sunday, 26 October for a 90 minute adventure in national security and spin-off topics as we offer up Episode 251: DEF2014 wrapup and the budding question of veteran entitlement: 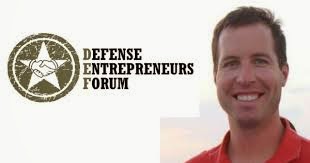 A special time and format this week with two different topics and guests.

Moving for just this week to a 6:30pm Eastern start time, our guest for the first 30-minutes will be Lieutenant Ben Kohlmann, USN – Founder of Disruptive Thinkers, F/A-18 pilot, member of the CNO’s Rapid Innovation Cell, and Co-Founder Defense Entrepreneurs Forum. He will be on to give us an overview of DEF2014 that ends this weekend.

For the following hour our, guest will be Major Carl "Skin" Forsling, USMC. He will be on to discuss some of the broader issues he raises in his article earlier this month, Unpacking The Veteran Entitlement Spectrum, and perhaps some more as well.

Skin is a Marine MV-22B pilot and former CH-46E pilot. He has deployed with and been an instructor in both platforms. He has also served as a military advisor to an Afghan Border Police battalion. He is currently Executive Officer at Marine Medium Tiltrotor Training Squadron 204, training Osprey pilots and aircrew for the Marine Corps and Air Force. He earned his batchelor's degree from the Wharton School of the University of Pennsylvania and his master's from Boston University. His writing has appeared in the Marine Corps Gazette, USNI Proceedings, Small Wars Journal, and Approach, among others (available at carlforsling.tumblr.com). Follow him on Twitter @carlforsling.