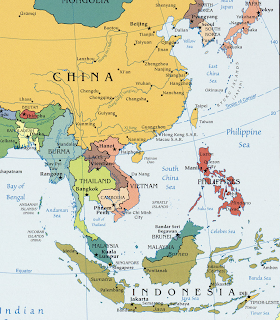 An interesting article from The Economist especially since the U.S. Pacific Command tweeted about it - Small reefs, big problems: Asian coastguards are in the front line of the struggle to check China


China’s neighbours are unnerved by its rapid increase in defence spending, in particular its pursuit of a blue-water navy. They note a Chinese president, Xi Jinping, who is not shy about flexing Chinese muscle. He likes to talk of China’s “peaceful rise” and of a “new type of great-power relationship”—one that appears to leave little space for small countries.

In both Beijing and Washington, strategists have long liked to grapple with whether America and China are destined to fall into a “Thucydides trap”. In the original, the Spartans’ fear of the growing might of Athens made war inevitable. The modern parallel states that an existing power (America) is bound to clash with a rising one (China). In Japan the point is made differently: at sea modern China is behaving with the paranoid aggression of imperial Japan on land before the second world war. “They are making the same mistakes that we did,” says a Japanese official.